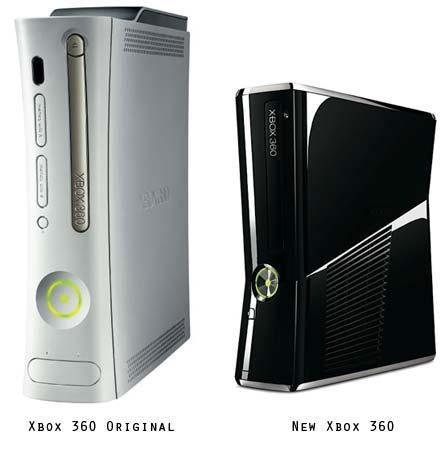 It wasn't totally clear during Microsoft's E3 keynote, but the new Xbox has brought some name changes with it: the new shiny black console is officially "the new Xbox 360," while Microsoft's fact sheet refers to the original Xbox 360 as the... Xbox 360 Original. Clever, clever. The Original will still come in Elite and Arcade versions, which have new lower prices, so there's a chance we'll see something like the Xbox 360 Original Arcade, but hey -- that sounds like a Microsoft product name to us. We'll let you know if things change, or you can just call the new one the "Stealthbox" like us and avoid all this confusion entirely.

Update: Things are changing fast -- according to a Microsoft representative, the Xbox 360 Original will still be sold while there's stock, but they're not making any more of them. Once they're gone, they're gone -- and we'd assume a new $199 variant of the new design will eventually be released to fill the void.
In this article: 360, e3, e3 2010, E32010, microsoft, name, names, new xbox 360, NewXbox360, product names, ProductNames, xbox, xbox 360, xbox 360 original, Xbox360, Xbox360Original
All products recommended by Engadget are selected by our editorial team, independent of our parent company. Some of our stories include affiliate links. If you buy something through one of these links, we may earn an affiliate commission.
Share
Tweet
Share