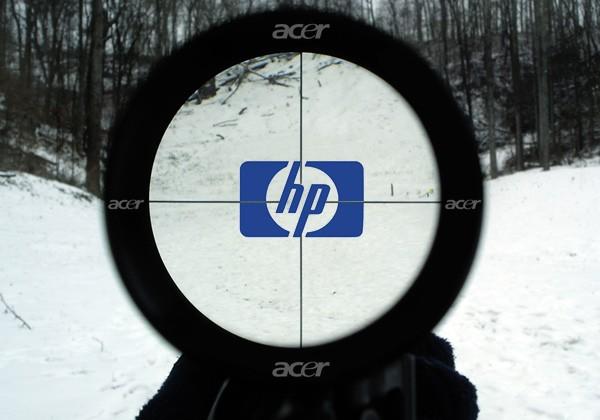 Ah, the inexorable rise of a once-small Taiwanese company. Acer chairman JT Wang has told investors in a conference call this week that his company is on track to overtake HP in worldwide laptop shipments before the year is through. That assertion is backed up by Gartner's data, cited in the Wall Street Journal, which indicates that Acer shipped 9.49 million mobile computers in the first quarter of 2010, just ahead of HP's 9.47 million. Positive vibes are also being felt on the desktop front, where Acer aims to shift 10 million units this year, while a decent $15 million is being invested into "developing a smartphone platform based on Google Inc.'s Android." We'll be curious to see whether this thrifty strategy pays off against HP's ebullient $1.2 billion acquisition of Palm, but one thing's for sure: PC vendors are hungry for some of that sweet smartphone pie.

Update: Gartner has corrected Acer's worldwide shipments number down to 9.12 million, placing it a close second behind HP for Q1.
In this article: acer, android, competition, desktop, desktops, expectations, forecast, global, growth, hp, industry, investment, jt wang, JtWang, laptop, laptops, leader, leaders, pc, pc vendors, PcVendors, prediction, sales, shipments, vendor, vendors, volume
All products recommended by Engadget are selected by our editorial team, independent of our parent company. Some of our stories include affiliate links. If you buy something through one of these links, we may earn an affiliate commission.
Share
Tweet
Share