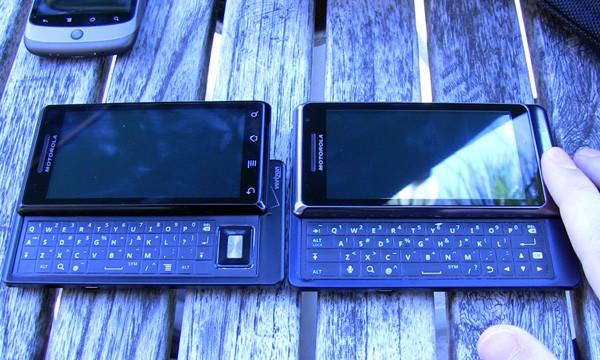 We've certainly gotten a peak at quite a few Droid 2 details so far, but word of a release date has unfortunately never been among them. That now looks to have changed, however, with the folks at Android and Me reporting that a "trustworthy source" has informed them that the phone will be launching on August 23rd. According to the site, that date was apparently chosen so the Droid 2 would be the first phone to ship with Android 2.2 out of the box, although that of course remains to be confirmed (current test versions of the Droid 2 are said to be running Android 2.1). If recent rumors pan out, however, the Droid 2 wouldn't be the first Droid to make the jump to Froyo -- the original Droid is said to be getting the update in "late July," while the Droid X will have to wait until late August.

In this article: android, android 2.2, Android2.2, droid, droid 2, Droid2, froyo, moto, motorola, motorola droid 2, MotorolaDroid2, verizon
All products recommended by Engadget are selected by our editorial team, independent of our parent company. Some of our stories include affiliate links. If you buy something through one of these links, we may earn an affiliate commission.
Share
Tweet
Share