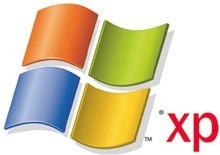 The latest Microsoft operating system may be selling seven copies a second, but it's no match for the behemoth Windows XP, still the most popular OS in the world despite recent nefarious attempts (we kid) to invoke spontaneous shutdowns, slow hard drives and trigger blue screens. In fact, a Microsoft exec admitted today that practically three-quarters of business computers still run the nine-year-old OS on hardware averaging 4.4 years old, and Computerworld's now reporting Microsoft will extend XP's lifespan through 2020 as a result. "Going forward, businesses can continue to purchase new PCs and utilize end user downgrade rights to Windows XP or Windows Vista until they are ready to use Windows 7," an official Windows blog post reads. We've heard the reluctance to upgrade is due to a reliance on older software and the cost of additional IT, but it probably doesn't hurt that Microsoft doggedly keeps distributing the OS despite the other choices on offer. Perhaps the futuristic Windows 8 will finally win the workplace over, but it seems Redmond's hedging its bets on this one. Look on the bright side: this way, when intelligent robots battle for control of the moon, at least the wrathful victors will still be vulnerable to the blue screen of doom.

Update: So it seems as if that 2020 date is incorrect, according to Microsoft's PR team. We're presently waiting for an official update of some sort, and will let you know if / when we get it. Don't worry about the robots -- we've got top men working on Plan B.

Update 2: The official Windows Team Blog has stepped forward to reduce the confusion, but they've only toned it down a tad. Microsoft won't commit to an exact date for Windows XP downgrade availability, saying instead that you can trade in your OEM copy of Windows 7 Pro or Ultimate until the company stops selling it... which is presently slated to be two years after Windows 8 ships... whenever that is. Find the complete non-committal statement at the more coverage link.

In this article: business, Microsoft, operating system, operating systems, OperatingSystem, OperatingSystems, os, sales, shocker, statistics, Win XP, Windows, Windows 7, WIndows XP, Windows7, WindowsXp, WinXp, work, workplace, XP
All products recommended by Engadget are selected by our editorial team, independent of our parent company. Some of our stories include affiliate links. If you buy something through one of these links, we may earn an affiliate commission.
Share
Tweet
Share