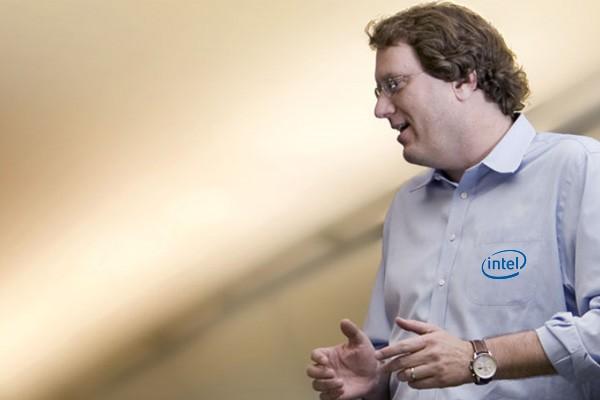 Seriously, what the hell did HP acquire when it bought Palm? A bunch of pretty patents and a rapidly dwindling talent pool, it would seem. Mike Bell, a celebrated capture for Palm back in 2007 after 16 years at Apple, was most recently occupying the role of Senior VP for Product Development on Jon Rubinstein's team, but he has now switched allegiances to the blue team. Interestingly, though his address might change, his job spec will not -- Mike will act as Director of Smartphone Product Development in Intel's Ultra Mobility Group, where he'll "help build and lead a team to build breakthrough smartphone reference designs to accelerate Intel Architecture into the market." It's hard to imagine how Intel could signal its intent to be a big player in the smartphone realm any more forcefully. Click past the break for the full text of the internal email announcing Mike's arrival.

Intel announced today that we have hired Mike Bell-a veteran of both Palm and Apple-as vice president and director of Smartphone Product Development in the company's Ultra Mobility Group (UMG).

Bell is a technology industry veteran who has been part of the executive management team at Palm since 2007, most recently as the senior vice president of Product Development, responsible for all aspects of product strategy, development, and deployment.

Bell and his team were responsible for the Palm PRE and the Palm PIXI. Previously, Mike was a vice president with Apple where he worked from 1991 to 2007 and made significant contributions to the iMac, Apple TV, and iPhone programs.

In this article: apple, development, exodus, intel, intel umg, IntelUmg, mike bell, MikeBell, palm, palm exodus, PalmExodus, product development, ProductDevelopment, smartphones, ultra mobility group, UltraMobilityGroup, umg, vice president, VicePresident, vp, x86
All products recommended by Engadget are selected by our editorial team, independent of our parent company. Some of our stories include affiliate links. If you buy something through one of these links, we may earn an affiliate commission.
Share
Tweet
Share