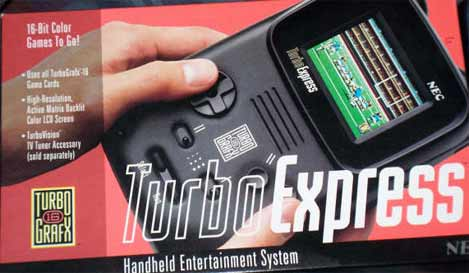 For every VHS, it seems there's also a Betamax -- a gadgets or standard that just didn't live up to the expectations of the mass market at the time. Despite being loved by niche audiences, these folks just didn't have what it took to make it to the big time. Here I celebrate some of my favorite gadgets and technologies that just couldn't catch on with the populace at large.

Media Center PCs and Extenders – It was a great idea in 1994: Combine the power of the PC, add in the Internet and toss in free DVR software that rivaled anything that competitors like TiVo were doing in that era. To make it more interesting, create extenders that could bring that experience at low cost to every TV (or screen in the home) and then create a new class of portable media players that could sync all your music, pictures and recorded TV content. The cost of the services beyond the hardware was FREE. Using these ideas, Microsoft provided a complete and powerful vision of the digital home long before any competitor, including the folks in Cupertino. But, while the devices inspired online groups of enthusiasts, they never reached the mass market. A lot had to do with timing; too much of what Microsoft wanted to do was simply ahead of its time. Home networks were not capable of slinging bits seamlessly around the house in a CE-like way. The core Media Center experience was designed for a 10' UI but the rest of Windows demanded a mouse and keyboard. Finally, as the world moved to high-definition content, MCE devices were locked into analog cable for too long. Today, MCE lives as part of Windows 7 as a feature few use or even know is there. Media Center extenders are all but extinct except for the code built into Xbox 360 and as for the portable media center, those devices are all but gone having been replaced with Redmond's own Zune hardware efforts. Many of the concepts live on, although they come from companies other than Microsoft.

Newton – It was among the first non-PC digital appliances. Launched with great fanfare by Apple -- who coined the term Personal Digital Assistant -- it was a disaster in its early incarnation. Released too soon, with too many key features missing, the Newton quickly became a technology joke to the industry and was lampooned by no less than Gary Trudeau. (Little known secret: later Newton OS versions have a secret "easter egg" designed by Mr. Trudeau.) The irony is Newton improved greatly over time. The last of the devices were powered by large screens, were highly battery efficient and boasted processors fast enough to make handwriting recognition a reality. Sadly, by that time the writing was on the wall, Steve Jobs had come back to Apple and as part of his refocusing, the company killed off a planned spin off of the Newton division that might have saved the product. Ideas of proper synchronization, persistent flash storage that kept information intact even if the battery died and other innovations all took a step back for other companies to reinvent and deploy. The Newton failed to live up to potential but with some additional time to properly come to market and Apple's faith in the later, greater revisions, Newton could have been a mass market device.

Kin – Not all products that failed to make the cut are from the last century. I've written a lot about the Kin and how it might have been a success story but it's a future that will always have a question mark around it. After years of development, Kin was finally released early this spring only to be killed by Microsoft 48 days later. Stories about the problems that Kin struggled with as it came to market are just starting to leak out, but it seems that Kin suffered through many internal political battles that, ultimately, made it the right device for the proper demographic but at the wrong time, and at a price point for wireless service the market could not bear. If Kin stories are true and the device was actually slated to include a much more robust set of features and featurephone price points, one wonders how different market acceptance would have been. One can only hope key features such as Kin Studio live on in other Microsoft mobile efforts. No doubt, Kin is hardly a success, a fact that will cost me at least one steak dinner bet, but the concept if executed well could have delivered modest success and pointed the way to a world where one device doesn't fit all.

TurboExpress – Back in the early 90's console wars, there was another set of skirmishes that rocked the gaming world for mobile consoles. When Nintendo set the bar with the original Game Boy, the folks at NEC did not stand still. The TurboExpress was a handheld that made the Game Boy look like a rusting Yugo next to a Hummer. It was big and fast and powerful and boasted the first Active Matrix Color display on a portable device. Even better, there was no need to buy new games for it, as all your current TurboGrafx games played just fine -- including R-Type, a perfect version of Galaga, Columns and my personal favorite, the late, lamented Blazing Lazers. Supply constraints (good luck finding one anywhere in the US back in the day), high price and Nintendo's extraordinary marketing machine made this a collector's dream item rather than a mass market wonder.

The Atari 400/800 – Before the Mac and PC went at it, there were home computer wars in the 1980s that made today's battles seem like modest skirmishes. Players like Commodore, Apple, Atari, Texas Instruments and others fought for a market that had little clue what a computer was or why they wanted one. The best in my opinion was the Atari 400/800 series -- the only major differences between the two machines being form factor and a full size vs. plastic membrane keyboard. They both ran graphically better than their competition and were dirt simple to use. Atari broke new ground by offering AtariWriter, an early word processor directly on a cartridge. As for games, some of the best appeared for the Atari platform. Connected to a big screen TV, Star Raiders was a sight to behold. But price wars, expensive ad campaigns and the shrewdness of Apple to keep a focus on enthusiasts and business users (and therefore maintain price and margin) meant that while Atari achieved a modicum of success, the company's computers were never going to make it in the long term. While the Apple II and later devices were sold at a premium at computer stores (and computer departments in outlets like Macy's) the rest of the home computer battle took place in the aisles of Toys-R-Us, where discounted machines simply gave way to game consoles that ultimately became the home computer of the 80s in most households.

I could probably provide more examples of the not quite great ones that didn't make it but I'll leave it to you, gentle reader, to take up the mantle. Which devices do you think could have gone on to greatness but for one reason or another just didn't cross the chasm?

Michael Gartenberg is a partner at Altimeter Group. His weblog can be found at gartenblog.net. Contact him at gartenberg AT gmail DOT com. Views expressed here are his own.
In this article: apple, atari, column, entelligence, kin, microsoft, newton, turboexpress, Turbografx16
All products recommended by Engadget are selected by our editorial team, independent of our parent company. Some of our stories include affiliate links. If you buy something through one of these links, we may earn an affiliate commission.
Share
Tweet
Share