Back to the Future Blu-ray trailer revealed 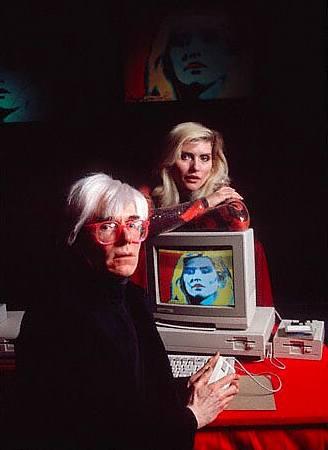 It was on July 24, 1985 that the Amiga 1000 computer had its debut at Lincoln Center in New York City. As you're no doubt aware, we have quite a fondness for Commodore in general and its Amiga offspring in particular, so it's only fitting that we would make a note of this auspicious anniversary. And if you're an unrepentant Amiga fanboy (the original fanboys), there was so much to love: color graphics! Stereo sound! Something called "multitasking!" This was a machine that took on all comers, and it coulda licked 'em, if circumstances (and some wonky decisions) on the business end of things hadn't got in the way. For a trip down memory lane, hit up the source link. As for us, we're going to go fire up our copy of Neuromancer and take it for a spin. Some things never change, indeed.

In this article: 25th anniversary, 25thAnniversary, amiga, andy warhol, AndyWarhol, anniversary, commodore, Debbie Harry, DebbieHarry, video
All products recommended by Engadget are selected by our editorial team, independent of our parent company. Some of our stories include affiliate links. If you buy something through one of these links, we may earn an affiliate commission.
Share
Tweet
Share