Latest in Alice in wonderland 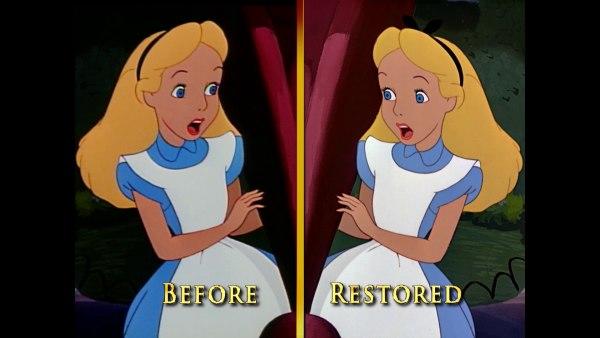 In keeping with plans to re-release two of its 14 classics each year, trailers on the Blu-ray edition of James & the Giant Peach reveal The Lion King (Diamond Edition) and Alice in Wonderland (Special 60th Anniversary Edition) will arrive in high definition next year. No real word on specs yet, but we'd expect to see the same care taken in remastering and restoring the audio and video to its highest quality that's been seen on previous releases. HighDefDiscNews has plenty of screengrabs and the two trailers (embedded after the break) so now with plenty of advance warning you can get the kids ready (or have them, if necessary) in preparation for 2011's obligatory combo pack purchase.

Update: The videos are gone, forced down by Disney's legal hounds no doubt, but trust us -- they were real and they were spectacular.

In this article: alice in wonderland, alice in wonderland 60th anniversary edition, AliceInWonderland, AliceInWonderland60thAnniversaryEdition, blu-ray, classics, combo pack, ComboPack, disney, hd, The Lion King, the lion king diamond edition, TheLionKing, TheLionKingDiamondEdition
All products recommended by Engadget are selected by our editorial team, independent of our parent company. Some of our stories include affiliate links. If you buy something through one of these links, we may earn an affiliate commission.
Share
Tweet
Share