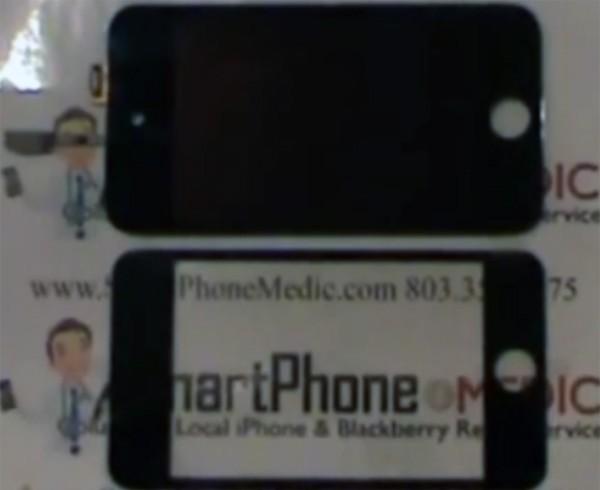 Look who's back. The LCD plus digitizer combo that we first laid eyes on last month seems to have leaked out again, still claiming it'll be part of Apple's upcoming (unannounced, but popular knowledge anyway) iPod touch 4th generation refresh. It continues to insist it'll have a front-facing camera, pointing to the rounded hole in its forehead as evidence, and we're now inclined to trust it that little bit more given the leaking site's prior record. A visual inspection reveals it to have the same fused design as on the iPhone 4, which naturally invites speculation that the retina display will be pulling some PMP duty as well. Skip past the break to see the new screen side-by-side with Apple's latest phone display and third-gen iPod touch hardware.
In this article: apple, digitizer, display, face plate, FacePlate, fourth generation, FourthGeneration, front-facing camera, Front-facingCamera, hardware, in the wild, InTheWild, ipod touch, IpodTouch, lcd, leak, parts, retina, retina display, RetinaDisplay, rumor, smartphone medic, SmartphoneMedic, speculation, video
All products recommended by Engadget are selected by our editorial team, independent of our parent company. Some of our stories include affiliate links. If you buy something through one of these links, we may earn an affiliate commission.
Share
Tweet
Share