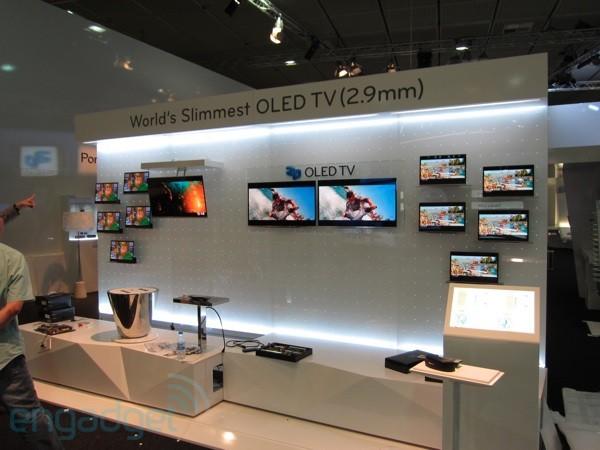 We didn't catch any glimpses of an Optimus Pad or anything even close to the monstrous 180-inch plasma we've been hearing about, but a quick stroll through LG's still-under-construction facilities at IFA today revealed the kiosk for its insanely thin 31-inch 3D OLED television, whose price (if it ever even hits retail, that is) is likely to make even Black Card holders squirm. All told, LG's booth consumes an entire floor of one of Messe Berlin's many halls, so it's a big one; the emphasis is clearly on its flat panel TVs, though there are dedicated areas for its Blu-ray gear and store kiosk solution as well. More on all this after the show opens on Friday, no doubt!

5
In this article: exclusive, ifa, ifa 2010, Ifa2010, lg, oled, thin, thinnest
All products recommended by Engadget are selected by our editorial team, independent of our parent company. Some of our stories include affiliate links. If you buy something through one of these links, we may earn an affiliate commission.
Share
Tweet
Share