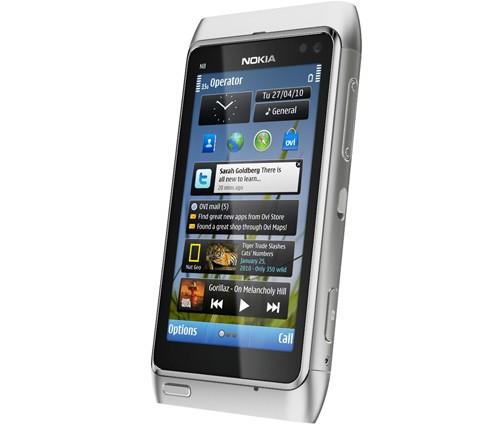 Tapani Kaskinen is Nokia's Senior Comms Manager, so it's fitting that he'd be the first person from the company to communicate a solid release date for its long-awaited N8 handset. The gent in question told Finnish newspaper Kauppalehti that advance orders of the N8 will "begin shipping 30 September." Bear in mind we're chewing through a machine translation here, but that part's pretty unmistakable. It also meshes perfectly with earlier speculation surrounding Nokia purchasing Google AdWords -- that indicated a one-week exclusive starting on September 23rd for Nokia's UK online store, which, if you do the math, again points to a wide release at the end of the month. We asked Nokia about it ourselves and they're remaining mum on the matter, but chances are looking pretty good that October will start with the N8 finally in eager users' hands.
In this article: 3.5-inch, adwords, availability, flagship, google adwords, GoogleAdwords, launch, n8, nokia, nokia n8, NokiaN8, oled, release, symbian, symbian 3, Symbian3, Tapani Kaskinen, TapaniKaskinen
All products recommended by Engadget are selected by our editorial team, independent of our parent company. Some of our stories include affiliate links. If you buy something through one of these links, we may earn an affiliate commission.
Share
Tweet
Share