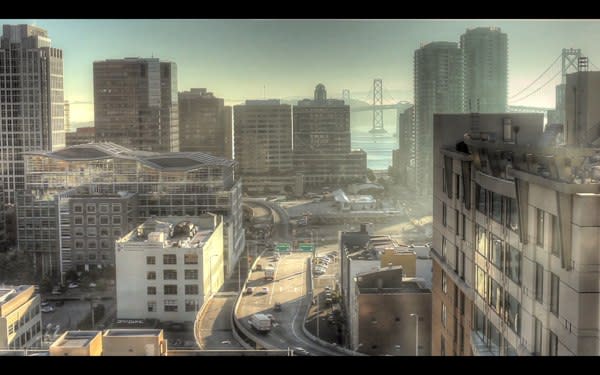 Are you ready for a wave of HDR to crash over the consumer electronics industry, leaving nothing but oversaturated photos and full-to-the-brim Flickr groups in its wake? We've got a sneaky suspicion that Apple's inclusion of HDR in the iPhone is one of those telling warning signs that you ignore at your own risk, and now we've got HDR video to cower from behind our fast-aging current gen devices. As you might expect, HDR video looks just like HDR stills (an underexposed and an overexposed image combined into one), except in motion. The effect has been accomplished by Soviet Montage Productions, who used two Canon EOS 5D Mark II DSLRs and a beam splitter, which allows each camera to look at the exact same subject, to accomplish the effect. They're short on details on the post-processing end, but we're sure there will be "an app for that" before too long. Sample is after the break.

In this article: 5d, 5d mark ii, 5dMarkIi, canon, canon 5d mark ii, Canon5dMarkIi, hdr, hdr video, HdrVideo, soviet montage, SovietMontage, video
All products recommended by Engadget are selected by our editorial team, independent of our parent company. Some of our stories include affiliate links. If you buy something through one of these links, we may earn an affiliate commission.
Share
Tweet
Share