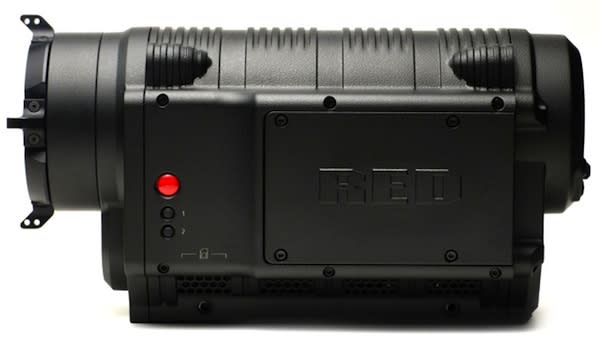 Got a spare $25,000 burning a hole in your pocket and a passion for 4K resolution? Then you'll be pleased to know RED's next generation Mysterium X camera is now available to all potential buyers, after initially being released exclusively as an upgrade for RED One owners seven months ago. Just because the better low-light capturing goodness is more accessible though doesn't mean this bad boy will be gathering dust on the shelf. Instead, thanks to high demand, budding Neill Blomkamps will have to put down a 10 percent deposit to reserve one and should expect waits of roughly a week for it to arrive. If for some reason you were still hoping to snag the original Mysterium sensor that window is also now closed -- unless you're one of the few still waiting on a reserved model. As excited as we are though to see the new RED gear in action, we still wouldn't watch a sequel to Knowing filmed on it.
In this article: 4k, 4k camcorder, 4k camera, 4K resolution, 4kCamcorder, 4kCamera, 4kResolution, camera, HD video, hd video camera, HdVideo, HdVideoCamera, mysterium, mysterium x, mysterium-x, MysteriumX, red, red one, red one digital, RED One Mysterium X, RedOne, RedOneDigital, RedOneMysteriumX, VideoGames
All products recommended by Engadget are selected by our editorial team, independent of our parent company. Some of our stories include affiliate links. If you buy something through one of these links, we may earn an affiliate commission.
Share
Tweet
Share