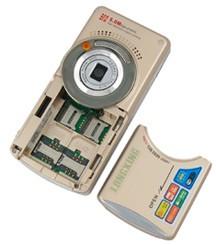 You know that dual-SIM handset you picked up last year to make those frequent jaunts between Belgium and Luxembourg so much easier? Might as well throw The Netherlands in there to complete the Benelux triangle, as Spreadtrum has just announced a new single chip that enables support for three SIM cards within a single handset. The SC6600L7 solution allows for a trio of SIMs to run simultaneously, and as you'd expect, it's aimed at the multiple-operator-market and at double agents who need on-the-fly access to a range of phone numbers. According to the company, trials have just wrapped up in a variety of nations, but there's no published word on when any phone makers will begin integrating this into their lineup. Tomorrow would be nice, eh?

SHANGHAI, Sept. 16 /PRNewswire-Asia-FirstCall/ -- Spreadtrum Communications, Inc. (Nasdaq: SPRD; "Spreadtrum" or the "Company"), the leading fabless semiconductor provider in China with advanced technology in both 2G and 3G wireless communications standards, today announced the availability of the world's first triple SIM in single chip solution, the SC6600L7, which allows three GSM SIM cards running simultaneously in a single mobile handset. This is yet another great innovation from Spreadtrum, which also introduced the SC6600L2, the world's first dual SIM solution, in 2008. The SC6600L7 is expected to become an important product category in the future GSM global market.

Triple SIM solution is perfect for multiple-operator-market where operators attract end users with various promotional offers and discounts. Spreadtrum's triple SIM solution allows customers the freedom and flexibility of running three operators seamlessly. This capability is highly welcomed in regions such as South Asia, Africa, and South America. It also satisfies business users' demands for a multiple SIM solution by allowing them to have several phone numbers and to switch among any one of them with a single mobile handset.

The SC6600L7 allows three GSM SIM cards simultaneously running on stand by with only one set of baseband and RF; it integrates three SIM engine processors and three controllers, triple SIM protocol stack DSP, and has an improved Graphic User Interface to provide unprecedented user experience. It is also fully compliant with multiple SIM card standards. The SC6600L7 inherits all the functionalities of the SC6600L2 and provides full-function third-party hardware extensibility. Spreadtrum has finished field trial for SC6600L7 in a number of emerging countries to ensure chip reliability, SIM compatibility, and network protocol stack stability.

"Spreadtrum is dedicated to technical innovations in the mobile handset industry," said Dr. Leo Li, Spreadtrum's President & CEO, "The release of triple SIM solution aiming at emerging markets fully testifies that Spreadtrum differentiates itself through technical advances and insights into customer needs. We will continue our innovation to provide our customers with valuable products and unprecedented experience."

Spreadtrum Communications, Inc. (Nasdaq: SPRD; "Spreadtrum") is a fabless semiconductor company that develops baseband and RF processor solutions for the wireless communications market. Spreadtrum combines its semiconductor design expertise with its software development capabilities to deliver highly-integrated baseband processors with multimedia functionality and power management. Spreadtrum has developed its solutions based on an open development platform, enabling its customers to develop customized wireless products that are feature-rich to meet their cost and time-to-market requirements.

In this article: SC6600L7, SIM, Spreadtrum, triple sim, TripleSim
All products recommended by Engadget are selected by our editorial team, independent of our parent company. Some of our stories include affiliate links. If you buy something through one of these links, we may earn an affiliate commission.
Share
Tweet
Share