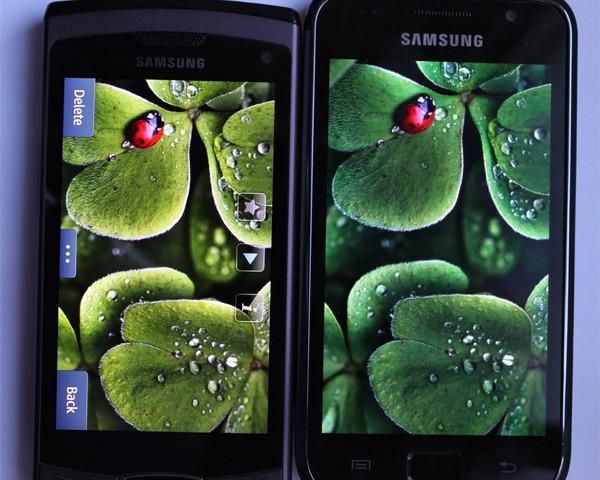 Well, "tested" might be a strong word, but the living legend that is Eldar Murtazin has squared up Samsung's latest Bada handset against the company's top of the line Galaxy S for a bit of side-by-side screen comparison action. The 3.7-inch display on the Wave II holds its own admirably against the hyper-advanced Super AMOLED panel alongside it, but it does seem to have a tendency to introduce a slight yellow hue into images, as illustrated above. Regrettably, the Russian weather wasn't conducive to doing any comparisons under sunlight, so we'll just have to content ourselves with even more pictures setting the Wave II up against Nokia's N8 and Samsung's first Bada phone, the Wave numero uno.