A research project with the lofty goal of reducing electronics' power consumption by ten times and virtually eliminating so-called vampire power may not ordinarily stand the best chance of being taken seriously, but this new initiative dubbed "Steeper" isn't exactly your ordinary research project. Led by IBM and the Ecole Polytechnique Federale de Lausanne (or EPFL), the EU-funded project will use nanotechnology in an attempt to reduce power consumption at the level of transistors and nanowires, with the ultimate goal being to reduce the operating voltage to less than 0.5 volts, thereby reducing overall power consumption by one order of magnitude. As you can see from the helpful chart above, simply cutting back on vampire power alone could put a big dent in power consumption, and the researchers also note that the project would obviously not only benefit consumer electronics, but super computers and other big sources of power consumption as well. Head on past the break for the complete press release.
Show full PR text
European Union Research Initiative Aims to Increase Electronic Device Efficiency by 10x and Eliminate Power Consumption of Devices in Standby Mode

LAUSANNE, Switzerland - 27 Oct 2010: Today, Ecole Polytechnique Federale de Lausanne and IBM (NYSE: IBM) announced a major research initiative, with several leading academic and corporate research organizations across Europe, to address the alarming growth of energy consumption by electronic devices, ranging from mobile phones to laptops to televisions to supercomputers. The research project, called Steeper, aims to increase the energy efficiency of these devices, when active, by 10 times and virtually eliminate power consumption when they are in passive or standby mode.

Scientists collaborating on the project will apply their expertise and research to tunnel field effect transistors (TFETs) and semiconducting nanowires to improve the efficient use of energy in electronics. To explain the challenge, consider a leaky water faucet -- even after closing the valve as far as possible water continues to drip -- this is similar to today's transistor, in that energy is constantly "leaking" or being lost or wasted in the off-state. In Steeper, scientists not only hope to contain the leak by using a new method to close the valve or gate of the transistor more tightly, but also open and close the gate for maximum current flow with less turns, i.e. less voltage for maximum efficiency.

According to the International Energy Agency (IEA), electronic devices currently account for 15 percent of household electricity consumption, and energy consumed by information and communications technologies as well as consumer electronics will double by 2022 and triple by 2030 to 1,700 Terawatt hours -- this is equal to entire total residential electricity consumption of the United States and Japan in 2009(1).

Particularly wasteful is the enormous amount of standby consumption. In the European Union it is estimated that standby power already accounts for about 10 percent of the electricity use in homes and offices of the member States(2). By 2020 it is expected that electricity consumption in standby/off-mode will rise to 49 terrawatt hours per year - nearly equivalent to the annual electricity consumption for Austria, Czech Republic and Portugal combined(3).

"Our vision is to share this research to enable manufacturers to build the Holy Grail in electronics, a computer that utilizes negligible energy when it's in sleep mode, which we call the zero-watt PC," said Prof. Adrian M. Ionescu, Nanolab, Ecole Polytechnique Federale de Lausanne, who is coordinating the project. With the support of the European Commission's 7th Framework Program (FP7), project Steeper scientists will explore novel nanoscale building blocks for computer chips that aim to reduce the operating voltage to less than 0.5 Volt, thus reducing their power consumption by one order of magnitude.

"Power dissipation has become one of the major challenges for today's electronics, particularly as the number of devices used by businesses and consumers multiplies globally," said Dr. Heike Riel, who leads the nanoscale electronics group at IBM Research - Zurich. "By applying our collective research in TFETs with semiconducting nanowires we aim to significantly reduce the power consumption of the basic building blocks of integrated circuits affecting the smallest consumer electronics to massive, supercomputers."

The development of novel devices, such as the steep slope transistors, from which the project gets its name, can provide a much more abrupt transition between the off and on states when compared with the current 60mV/decade limit of metal–oxide–semiconductor field-effect transistor (MOSFET) at room temperature.

This simultaneously allows for reducing the sub-threshold leakage and lowering the voltage operation. The development of energy-efficient steep sub-threshold slope transistors that can operate at sub-0.5V operation domain will be a critical factor in the success of the project.

To achieve this, scientists will study the development of so-called TFETs based on silicon (Si), silicon-germanium (SiGe) and III-V semiconducting nanowires. Nanowires are cylindrical structures measuring only a few nanometers (nm) in diameter, which allow optimum electrostatic control of the transistor channel. In a TFET, quantum mechanical band-to-band tunneling is exploited to switch on the device and thus achieve a steeper turn-on characteristics compared to conventional MOSFETs.

Project Steeper will evaluate the physical and practical limits of boosting the performance of TFETs with III-V nanowires, and the resulting advantages for future energy efficient digital circuits.

The project started in June 2010 and will continue for 36 months.

* Participation in Steeper is still pending for GLOBALFOUNDRIES
In this article: efficiency, epfl, eu, ibm, power, power consumption, power efficiency, PowerConsumption, PowerEfficiency, steeper, vampire power, VampirePower
All products recommended by Engadget are selected by our editorial team, independent of our parent company. Some of our stories include affiliate links. If you buy something through one of these links, we may earn an affiliate commission.
Share
Tweet
Share 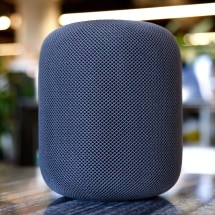