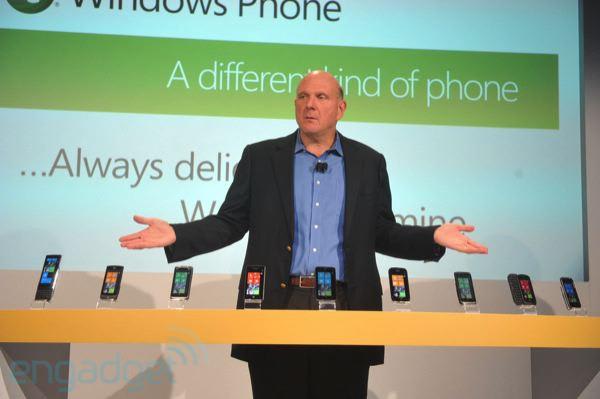 Microsoft just beat analyst expectations, announcing $16.20 billion in revenue for the first quarter of its 2011 fiscal year, with $5.41 billion in profit. Microsoft cites Office 2010, the sustained "PC refresh cycle," and 38 percent growth in the Xbox 360 biz for its good news, with overall revenue up 25 percent over the same quarter last year and a 51 percent gain in profit. The Xbox 360 has been at the top of the console heap for four months running, which can't hurt. Microsoft will have an earnings call to discuss its results at 5:30PM EDT, so we'll be keeping our ears peeled for Steve Ballmer to pull a Steve Jobs, hijack the call, and rag hard on the competition -- if only we lived in a world of such beautiful symmetry.
In this article: earnings, earnings report, EarningsReport, microsoft, microsoft earnings, MicrosoftEarnings
All products recommended by Engadget are selected by our editorial team, independent of our parent company. Some of our stories include affiliate links. If you buy something through one of these links, we may earn an affiliate commission.
Share
Tweet
Share