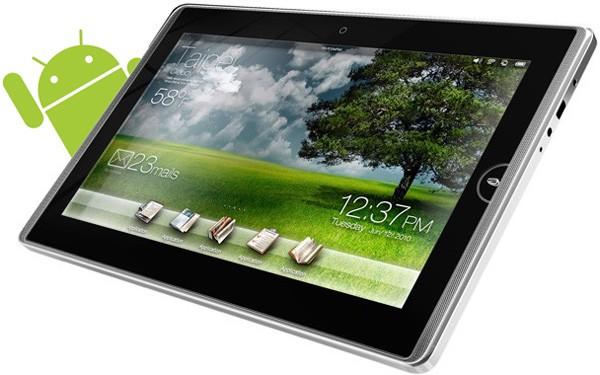 Leave it to ASUS to blast out an entire series of tablets that saturate the market in a single go. Many of these have already been mentioned, leaked, or even revealed at trade shows. But now we've got company president, Jerry Shen, filling in the launch details. Starting in December, ASUS will begin launching tablets in 7-, 9-, 10-, and 12-inch form factors. The 12-inch model will run Windows on an Intel chipset and be ready for purchase in January. Of interest, Shen says that Microsoft assisted in the development by making several enhancements to related technologies including touch control and the user interface. In March ASUS will launch a pair of 7 inchers (one with WiFi and the other with "3.5G" and phone functions) and another pair of 9-inch tablets (an ARM-based Tegra 2 model running Android and another Wintel tablet) with a price gap of $100. Of course, we've see a 10-incher around as well. That means we should see a grand total of five or six tablets from ASUS at CES in January. Fun.
In this article: android, arm, armdroid, asus, intel, jerry shen, JerryShen, microsoft, nvidia, tablet, tegra, tegra 2, Tegra2, windows, windows 7, Windows7, wintel
All products recommended by Engadget are selected by our editorial team, independent of our parent company. Some of our stories include affiliate links. If you buy something through one of these links, we may earn an affiliate commission.
Share
Tweet
Share