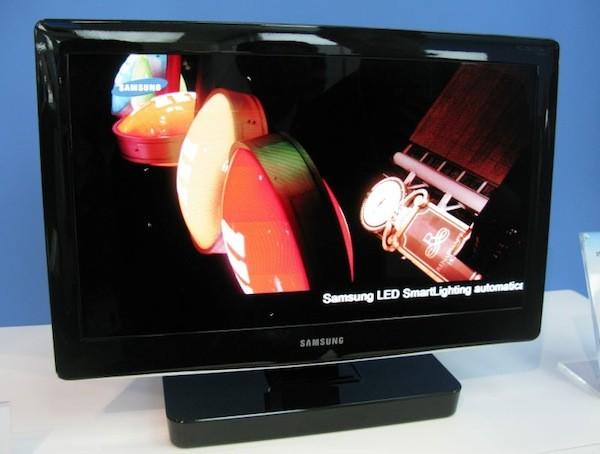 Considering Seiko Epson was touting its inkjet OLED technology over a year ago and researchers have supposedly been developing OLEDs as cheap as newspapers for some time now, at this point we're really more interested in seeing electronics manufacturers do more walking and less talking. Thankfully Samsung has acknowledged our tech impatience by sharing a prototype 19-inch OLED that's capable of displaying 58ppi -- or about a quarter of full HD's resolution -- and 16.77 million colors with a limited 8-bit color scale at a brightness of 200 nits. No, it may not look or sound as sexy as the 0.5mm thick flapping panel or 40-inch 1080p OLED sets Samsung shared back in 2008, but unlike those dinosaurs, this latest prototype was made via the old OLED "inkjet method." Sadly the Korean tech giant dashed our hopes of heading over to Kinkos anytime we needed a fresh OLED big screen by stating "the technology is still under development." Now if we had a nickel for every time we've heard that before, we'd probably be staring at an OLED printer on our desk right now.
In this article: 19-inch, 19-inch tv, 19-inchTv, oled, OLED display, oled printer, oled printing, oled TV, OledDisplay, OledPrinter, OledPrinting, OledTv, samsung, Samsung OLED, samsung tv, SamsungOled, SamsungTv
All products recommended by Engadget are selected by our editorial team, independent of our parent company. Some of our stories include affiliate links. If you buy something through one of these links, we may earn an affiliate commission.
Share
Tweet
Share