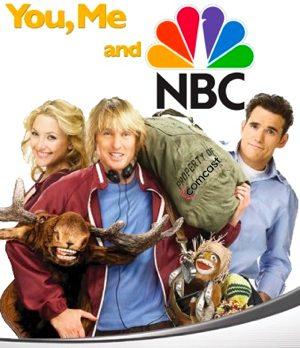 Ready or not, Comcast and NBC will walk down the aisle in matrimony -- but it'll not be without a few conditions. According to The Wall Street Journal, both the FCC and the Justice Department are expected to impose conditions on how NBC online video is distributed online, to ensure the cable operator (with online video distribution channels of its own) doesn't withhold or threaten to withhold NBC Universal content from rivals -- both Netflix and Apple are specifically cited by WSJ. The FCC is additionally considering restrictions on Comcast slowing down / blocking "legal traffic" from its internet network, maintaining a pro-net neutrality stance. Chairman Julius Genachowski is currently meeting with staffers twice a week on the deal, with the timetable of circulating proposed conditions by mid-December -- narrowly avoiding sweeps week, unless 30 Rock has an idea or two up its Kabletown-owned sleeve.

In this article: apple, comcast, fcc, genachowski, hulu, itunes, julius genachowski, JuliusGenachowski, justice department, JusticeDepartment, merger, nbc, net neutrality, netflix, NetNeutrality, takeover
All products recommended by Engadget are selected by our editorial team, independent of our parent company. Some of our stories include affiliate links. If you buy something through one of these links, we may earn an affiliate commission.
Share
Tweet
Share