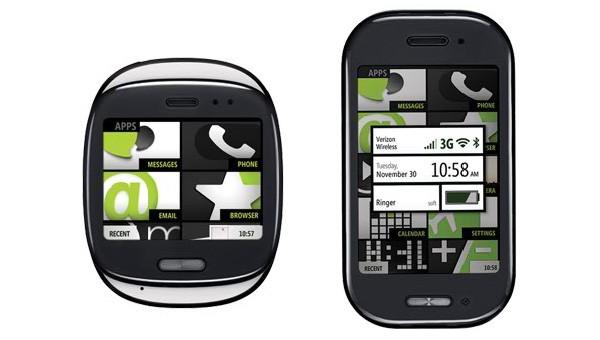 That's no typo, folks, Microsoft's own-brand pseudo-smartphones are back at Verizon, this time sporting an "m" appendage to their names and what looks like better pricing across the board. The Kin ONEm will set you back a cent under $20 with a two-year contract, whereas the TWOm costs just under $50 but is also subject to a Buy One Get One Free offer (the free phone being an LG Ally). We've spotted Zune Pass is still present on the pair, though it's on a "WiFi and sideload only" basis, seemingly forbidding 3G streaming. Plans start at $39.99 for voice and $9.99 for 25MB of data (while the $9.99 option is advertised, the cheapest data plan we're presently able to add is the $15 a month 150MB option), plus there's a $35 activation fee. Compared to the original pricing, which had the One asking for $50 in upfront costs and $70 as the minimum levy for voice plus data, we'd say this is a definite move in the right direction. A few months late, but better late than never, eh?

In this article: breaking news, BreakingNews, kin, kin one, kin onem, kin two, kin twom, KinOne, KinOnem, KinTwo, KinTwom, microsoft, verizon, verizon wireless, VerizonWireless, vzw, zune pass, ZunePass
All products recommended by Engadget are selected by our editorial team, independent of our parent company. Some of our stories include affiliate links. If you buy something through one of these links, we may earn an affiliate commission.
Share
Tweet
Share