So we were lucky enough to sit down with Sir Richard Branson at this morning's launch of his iPad-only Project magazine, and just like the last time we hung out, our conversation was both entertaining and illuminating. The highlight? In addition to telling us that Project would eventually hit both Android tablets and other devices "in time," Sir Richard was totally candid in saying that he had "no f**king idea why" Project was only on the iPad and not on the web -- although he did say Project was a "proper magazine" and not "just thrown together for the web." (Ouch.) Sir Richard was also excited about the possibilities for advertising, saying that the new medium can "bring advertising alive." We've definitely got our doubts about limiting content to one platform without any robust sharing options -- and we obviously think it's possible to do high-quality content on the web -- but there's no doubt that Sir Richard is an extremely charming pitchman, so make sure to check out the whole interview.
In this article: apple, engadget interview, EngadgetInterview, interview, ipad, ipad magazine, IpadMagazine, project, project magazine, ProjectMagazine, Richard Branson, RichardBranson, sir richard branson, SirRichardBranson, video, virgin, virgin media, VirginMedia
All products recommended by Engadget are selected by our editorial team, independent of our parent company. Some of our stories include affiliate links. If you buy something through one of these links, we may earn an affiliate commission.
Share
Tweet
Share 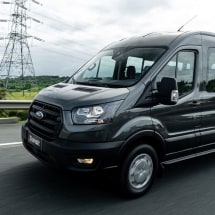