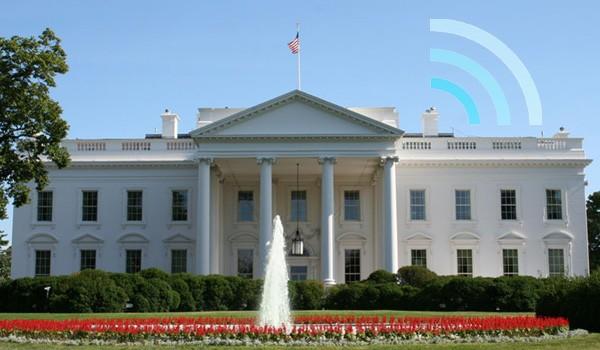 Here's one way to fix the spectrum crunch: set up wireless base stations and WiFi hotspots in every single one of the 9,000 buildings currently owned and operated by the US General Services Administration. That idea, along with the proposal that such installations be made mandatory in all future federal structures, was put before the US Senate this Friday. It's argued that installing femtocells at those locations would improve reception indoors, lighten network loads in busy areas, and expand accessibility for more rural locales. Ubiquitous WiFi routers, on the other hand, hardly require any justification beyond "common sense," but you should be aware that the Federal Wi-Net bill also asks for a $15 million budget for the performance of retrofitting and future installs. Full PR after the break.

WASHINGTON D.C. – U.S. Senators Olympia J. Snowe (R-Maine) and Mark R. Warner (D-VA) introduced legislation requiring the installation of small wireless base stations in all publicly accessible federal buildings in order to increase wireless coverage and free up essential commercial network capacity. If enacted, the legislation will help prevent dropped calls that can occur indoors and in rural areas due to poor cell phone coverage, while at the same time improve wireless network capacity by more effectively utilizing broadband wireless networks. This will result in more reliable and faster service for wireless consumers.

"With over 276 million wireless subscribers across our nation and growing demand for wireless broadband, it is imperative that we take steps to improve wireless communication capacity and this legislation will make measurable progress towards that goal," said Senator Snowe. "Given that approximately 60 percent of mobile Internet use and 40 percent of cell phone calls are completed indoors, utilizing technologies such as wi-fi and femtocells will dramatically improve coverage."

"I see a great opportunity to leverage federal buildings in order to improve wireless broadband coverage at a very reasonable cost. By starting with the nearly 9,000 federal buildings owned or operated by the General Services Administration, we will be able to provide appreciable improvement in wireless coverage for consumers while also reducing some of the pressure on existing wireless broadband networks," said Senator Warner.

Specifically, the legislation requires the General Services Administration (GSA) to begin installing wireless voice and data base stations, such as wi-fi hotspots and femtocells, in all publicly accessible federal buildings. As the Federal Communications Commission's National Broadband Plan highlights, most smartphones sold today have Wi-Fi capabilities, so installing mini-base stations and Wi-Fi hotspots in federal buildings would not only help improve indoor cell phone coverage, but also increase wireless network capacity. The legislation also includes two recommendations of the FCC's National Broadband Plan to streamline Federal rights-of-ways and wireless transmitter sitings to expedite the expansion of wireless and broadband infrastructure, especially in rural areas. The bill would allocate $15 million of unobligated funds from the Federal Buildings Fund for the project.

In this article: access, act, bill, broadband, federal, federal wi-net act, FederalWi-netAct, femtocell, femtocells, General Services Administration, GeneralServicesAdministration, gsa, hotspot, internet, law, legal, legislation, reception, rule, senate, us, usa, wifi, wireless
All products recommended by Engadget are selected by our editorial team, independent of our parent company. Some of our stories include affiliate links. If you buy something through one of these links, we may earn an affiliate commission.
Share
Tweet
Share