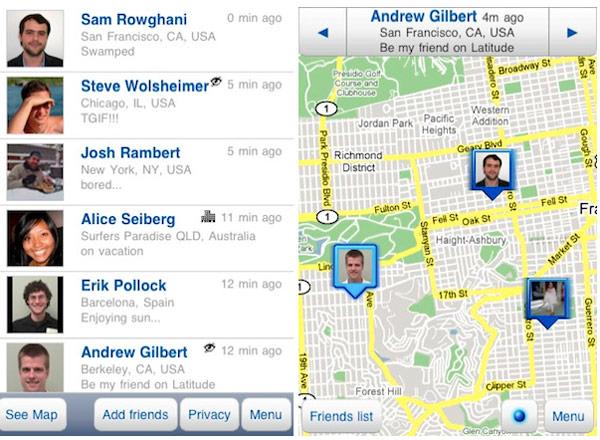 Ah, the games that grown-ups play. It's a situation that's beginning to feel an awful lot like the Google Voice fiasco that made the rounds in mid-2009, but if it ends in a similar fashion, you won't find us kvetching about the teases. As the story goes, a bona fine Google Latitude app made its appearance in Japan's App Store hours ago, only to be yanked before it could sashay over to any other nation. TechCrunch reckons that it was El Goog doing the pulling -- it's quite possible that the folks in Mountain View weren't quite ready to publicly reveal it, and with all that Chrome action going down yesterday, it's not hard to imagine how an impending launch was overlooked. At any rate, the description of the app as well as most of the screenshots were in English, so we're cautiously optimistic that it'll resurface in the near future once a few Is are dotted and Ts crossed. With iOS 4 supporting background location, there's hardly a reason to wait any longer, right?
In this article: app store, apple, AppStore, google, google Latitude, google voice, GoogleLatitude, GoogleVoice, gps, iphone app, IphoneApp, Latitude, map, mapping, nav, navi, navigation, pulled, regulations, routing, software
All products recommended by Engadget are selected by our editorial team, independent of our parent company. Some of our stories include affiliate links. If you buy something through one of these links, we may earn an affiliate commission.
Share
Tweet
Share