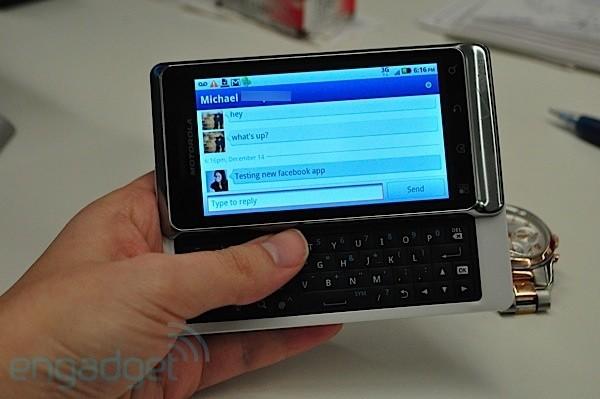 Facebook chat addict? How about an Android phone owner? Well, if you answered "yes" to both of those questions, you're in luck this lovely evening. Closing the gap a bit between its Android and iOS offerings, Facebook has finally gone and added both chat and push notifications to version 1.5 of its Android app. It took us less than a minute to install the update from the Market, launch the app, and confirm that the chat button was indeed locked on the homescreen. Naturally, being the crazy tech writers that you know us to be, we sent a chat message to our friend Mike, and seconds later we got a push notification alerting us that he had responded with a clever "what's up?" How's that for killing two birds with one stone? We took some quick shots of the new features below, but you know you'd rather go try it out yourself.