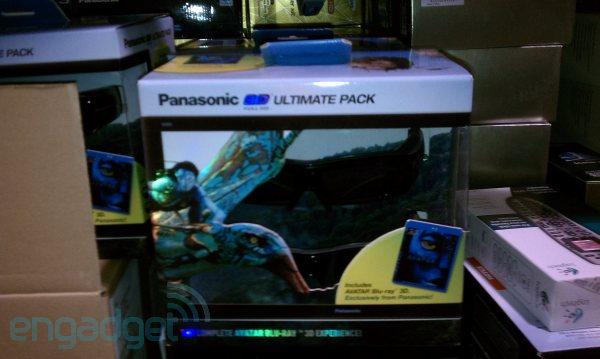 When Panasonic announced it was including copies of Avatar in 3D with its 3DTVs and Blu-ray players, it simply seemed like a great marketing move. Now it's looking like more of a coup, with Panasonic UK confirming that the company's bundle deal runs until February of 2012. That deal is said to be exclusive, likely meaning that will be the only 3D version of Avatar pressed to disc until it runs out, leaving you with two somewhat less than desirable choices for getting a copy: spring for Panasonic hardware or pay a hefty premium on eBay. How hefty? Copies of the 3D Blu-ray version look to be going for $150 and up, and we're guessing things won't be getting much better in the near future.
In this article: 3d blu-ray, 3dBlu-ray, 3dtv, avatar, blu-ray, blu-ray 3d, Blu-ray3d, panasonic, promotion, viera
All products recommended by Engadget are selected by our editorial team, independent of our parent company. Some of our stories include affiliate links. If you buy something through one of these links, we may earn an affiliate commission.
Share
Tweet
Share