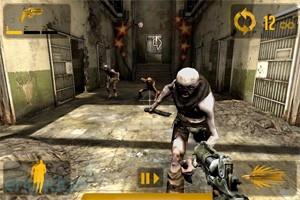 One of the hottest titles in the App Store right now -- id Software's Rage -- recently got a healthy official update to version 1.11 that adds a handful of big new features to its roster, perfect to add a little replay value just in time as your amazing graphics-induced euphoria wears off. What's new? Well, the biggest new feature might be support for Apple's Game Center, offering achievements and scoreboards. You've also got gyroscope support -- good only if you're using an iPhone 4, of course -- that offers an orientation-controlled aiming mode, and official TV-out support for upsizing your gameplay onto the big screen. There's apparently also a new "museum mode" that lets you stroll through the game world without troublesome baddies trying to attack you for those occasions when you're looking for a more peaceful form of entertainment... not exactly fit for a title named "Rage," really.

In this article: apple, game, game center, GameCenter, gaming, gyroscope, id, id software, IdSoftware, ios, iphone 4, Iphone4, mobile, rage, tv out, tv-out, TvOut
All products recommended by Engadget are selected by our editorial team, independent of our parent company. Some of our stories include affiliate links. If you buy something through one of these links, we may earn an affiliate commission.
Share
Tweet
Share