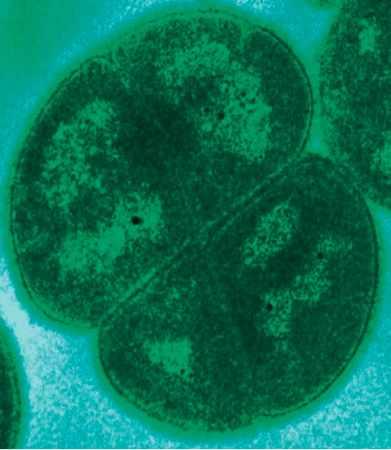 Apparently it's not good enough for bacteria to cause leprosy and tuberculosis any more, as scientists have been hard at work adapting the microorganisms for use as everything from microbial fuel cells to really, really small gears. Now, researchers at the Chinese University of Hong Kong have developed a way to use a colony of E.Coli for data storage and encryption. The technique involved placing data (in this case, The Declaration of Independence) in the DNA of bacterial cells, and can even harness site specific genetic recombination to encrypt the data. That said, the technology is still in its infancy: retrieving the info is "tedious and expensive," according to Cambridge University's Tim Middleton, and there is still the possibility that as organisms mutate, so will the data. Currently the only application of all this is the storage of copyright info in genetically engineered organisms, although further research might yield a bacterial storage medium that could survive the electromagnetic pulses and radiation of nuclear fallout.
In this article: bacteria, Chinese University of Hong Kong, ChineseUniversityOfHongKong, DNA, e.coli, encryption, microorganisms, research, science, storage
All products recommended by Engadget are selected by our editorial team, independent of our parent company. Some of our stories include affiliate links. If you buy something through one of these links, we may earn an affiliate commission.
Share
Tweet
Share