Screencast your Mac to Apple TV over AirPlay 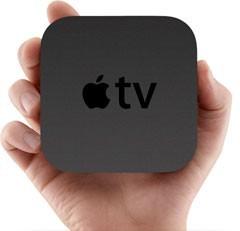 If you've run out of things to do with your Apple TV and have been using it as a hockey puck now that the lakes are getting solid, you'd better go dig it out of the snowbank. Following up on her iOS AirPlay hacks, Erica Sadun has released an alpha version of a tool called AirFlick which enables the playback of any 'ol media files on an Apple TV. That's demonstrated in a video below. Things aren't perfect yet but already others are having a field day with the tool, the folks at TUAW figuring out how to not only stream whole DVDs to an Apple TV but their entire desktop image too by simply providing a VLC screen:// URL into the player. The quality looks a little iffy and, as you can see in the video below, it's not entirely error-free. But, if you have the smallest little bit of patience, it's sure worth a shot, eh?

In this article: airflick, airplay, apple, apple tv, AppleTv, erica sadun, EricaSadun, extender, media extender, media playback, media streamer, MediaExtender, MediaPlayback, MediaStreamer, screencasting, tuaw, video, vlc
All products recommended by Engadget are selected by our editorial team, independent of our parent company. Some of our stories include affiliate links. If you buy something through one of these links, we may earn an affiliate commission.
Share
Tweet
Share