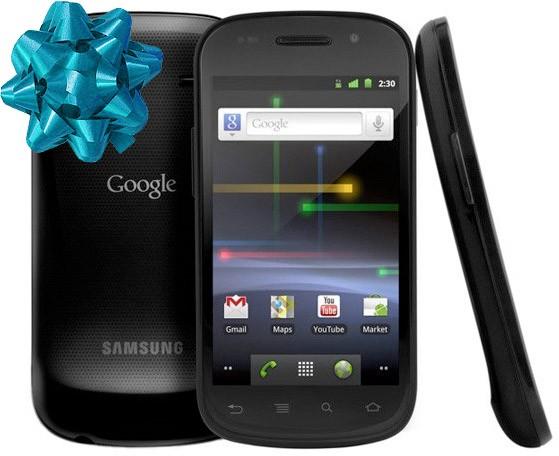 Taking a smartphone out of the box for the first time can elicit a wide spectrum of emotions, starting with unadulterated excitement that can quickly devolve into panic, chaos, and confusion: what do you do now? How do you make it awesome? How do you emanate an air of "cool" on the subway by using apps specifically designed to make you look like a badass? Well, fear not, newly-minted Android smartphone owner: as always, we've got your back. Read on for all the apps, accessories, and tips you should be investigating right this very second.

LauncherPro (free). If you don't like the skin on your phone (we're looking right at you, Motorola owners) and you're not stoked about rooting, there's really nothing better you can do than download LauncherPro right now. This ultra-flexible home screen replacement lets you choose how many panels you'd like to see, the style of the app drawer, permanent icons for commonly-used apps, and everything in between; even if you're using a stock Android device, it's definitely worth a look. Oh, and the basic version is free.

Widgetsoid (free). You know that Power Control widget that Android includes? It's pretty handy for doing things like disabling Bluetooth when you're not using it -- but really, how often do you need to turn off account sync or automatic brightness control? Not very often... and that's where Widgetsoid comes into play. Basically, it lets you configure the heck out of home screen widgets that look completely stock but can include dozens of different toggles for managing various aspects of your phone like airplane, WiFi tethering, and so on.

TweetDeck (free). The official Twitter app isn't bad, especially since it's got native contact integration... but it's got a couple fatal flaws: it doesn't support multiple accounts, and notifications seem to be inconsistent at best. Fortunately, the Android version of TweetDeck stays true to the software's desktop and iPhone formula, offering multiple filtered "columns" of tweets, each of which can be configured individually for notifications and refresh times. It also supports Buzz, Facebook, and Foursquare accounts -- and since it's free, it's worth a shot.

Astrid (free, $4.99 with Power Pack). Most days, we've got exactly one item on our task list: "break news." For you, though, the story might be different. While it doesn't have the simplest or cleanest UI in the world, Astrid is an amazingly powerful to-do manager that can sync with Google Tasks and Remember The Milk; buying the $5 Power Pack adds some neat extra capabilities like unlimited alarms set to go off at times of your choosing (this used to be a free feature, but considering how many times Astrid has saved our butts, the one-time $5 outlay seems justified).

Pandora (free). We wanted to recommend one of the $10 / month unlimited download services like Rhapsody or Rdio, but frankly, they're not ready yet -- every one we've used on Android has been buggy, unintuitive, and generally opposed to letting you enjoy your music trouble-free. Pandora, meanwhile, is free, stable, and slick. Granted, you won't be able to listen to stations offline -- but for pulling some fresh tunes into the tired aural repertoire you've got stored on your phone's microSD card, there's really no easier way to do it.

Audiogalaxy (free). If you prefer to take your own tunes on the go, and either don't have enough space or enough time to bother syncing the entire collection constantly, Audiogalaxy give you access to your entire collection, no matter where you are. There's almost no configuration required, install the desktop app on your PC or Mac and the free mobile app on your phone and it will stream the entire library -- playlists, album art, Last.fm scrobbling and all -- at your request. There are other ways to stream your library from one place to another, but none are this simple.

Swype (free). Can't find it in the Android Market? No worries -- you need to go directly through the company's website to register for the beta version -- but trust us, it's worth it. Swype is one of the more innovative touchscreen input methods to pop up in the last several years, and it's not different just for the sake of being different: for many users, it's actually a good deal quicker than a standard virtual keyboard. Basically, you drag a line between letters in each word, and the software figures out what you're trying to type -- a little bit like connecting the dots -- and it's amazingly accurate most of the time. It's so good, in fact, that many manufacturers have started bundling it in ROM -- but if you don't have it, you can grab it.

SwiftKey (free trial, $3.99 full). Okay, so maybe Swype isn't your bag; we know it's not for everyone. Another option is SwiftKey, which moves beyond the concept of predictive text and actually tries to predict entire phrases -- and it does so surprising accuracy that becomes even more accurate as you use it.

WorldMate (free). If you picked an Android phone over pretty much any other mobile OS, chances are you did so at least in part due to having Google Maps Navigation on board. We're taking a little liberty in deeming you an argonaut, but if you're even a casual traveler, you owe it to yourself to pick up WorldMate. All the buzz is on TripIt, but we tend to prefer WorldMate's UI. There hasn't been a confirmation email yet that it didn't like, and it intelligently updates both your app and web profile immediately. Notifications are also spot-on, and if you have two confirmation numbers for a single flight (read: you and your gal / dude are flying on the same bird, but booked via different avenues), it'll properly sort that as well. The only problem? It looks awful when empty, so get to planning!

Angry Birds (free) and Angry Birds Seasons (also free). If you don't know what Angry Birds is by now, well... we're not entirely sure we believe you. Be that as it may, this is a must-have game for virtually any smartphone that serves up levels in bite-size pieces that are perfect for the odd free moment in your hectic schedule here and there. And trust us, you'll fall in love with the evil pigs.

Engadget (free). Frankly, your phone is little more than a paperweight until you get this titan of the Android Market installed.

Extended battery. One of the problems of owning a great smartphone (if you can really call it a problem) is that you're going to be using it all the time. Trust us: literally all the time. That means that for most models, there'll be days where you just barely squeeze by before your battery gives up the ghost -- and let's be honest, getting stuck anywhere but home without a working phone is a scary thought indeed. One option is to hook up with a third-party battery vendor like Seidio, which makes extended batteries for a wide variety of models -- and some of them even fit in your existing battery cover without adding thickness. An extra half-hour or hour of run time might not sound like much, but try saying that to yourself as your depleted phone starts powering down.

Good headphones. The headphones that are often bundled with devices are widely known to be total garbage -- sure, they're fine for taking the occasional hands-free call, but trying to enjoy music on 'em is usually an exercise in futility. Spend less than $100 on a set like Etymotic's ER6i or Shure's SE115 and your ears will thank you for years to come.

Big (and fast) microSD card. Odds are your phone comes bundled with a microSD card of somewhere between 2 and 16GB. If you're on the high end of that spectrum, you might find that it's enough storage for you -- and manufacturers sometimes do a good job of including high-quality, high-speed cards -- but if you need more, invest in a name-brand card with the highest Class rating you can find. That 32GB Class 2 card might be calling your name, but beware that performing a DoubleTwist sync for the first time on a card that large (and slow) can take several hours to complete.

In this article: accessories, android, angry birds, AngryBirds, applications, apps, astrid, cellphone, holiday guide, HolidayGuide, justgotguide, launcherpro, pandora, phone, smartphone, swiftkey, swype, tips, tips and tricks, TipsAndTricks, tricks, tweetdeck, widgetsoid, worldmate
All products recommended by Engadget are selected by our editorial team, independent of our parent company. Some of our stories include affiliate links. If you buy something through one of these links, we may earn an affiliate commission.
Share
Tweet
Share