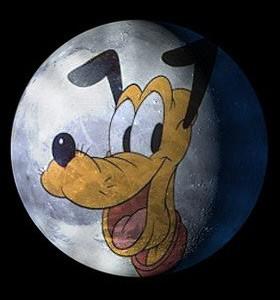 It's kind of hard to accept, Pluto has always been our favorite underdog, but the truth is that the Solar System's ninth planet was never really significant enough to earn that designation. Such is the coldly logical reason given for its removal from the planetary annals by a man who had a lot to do with its demise. Caltech astronomer Mike Brown discovered Eris, what he'd hoped was the tenth planet, back in 2005, but its extreme distance from the Sun and diminutive (by planetary standards) dimensions disqualified it from consideration. Unfortunately, its discovery is what doomed Pluto to be downgraded to a "dwarf planet," though Mike's not shedding too many tears over it. In fact, he's gone and written a book about the whole thing, the smug planet destroyer that he is. You don't have to buy it to learn more, however, as the source link has an interview with Mike all ready and waiting.

In this article: astronomer, astronomy, classification, interview, Mike Brown, MikeBrown, planet, planetary, planets, pluto, science, sol, solar system, SolarSystem, space, timeline16plutomedia
All products recommended by Engadget are selected by our editorial team, independent of our parent company. Some of our stories include affiliate links. If you buy something through one of these links, we may earn an affiliate commission.
Share
Tweet
Share