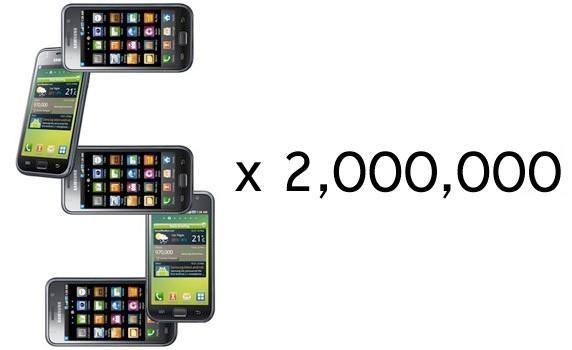 Sammy wanted to sell 10 million copies of its now-ubiquitous Galaxy S line before 2010 closed out -- and it may have actually pulled off that feat, despite being at "just" 9.3 million in the middle of December. Though impressive, that wouldn't make the Galaxy S Samsung's fastest-selling phone to the magical 10 million mark -- that honor is reserved for the Star, which hit it in just six months compared to the Galaxy S' seven. Considering that there's some form of Galaxy S sold on a staggering percentage of the world's major carriers, the success should come as no surprise; question is, can they keep it up in 2011 (hopefully thanks in part to a dual-core model or two)?
In this article: android, galaxy s, GalaxyS, mobile, sales, sales record, SalesRecord, samsung
All products recommended by Engadget are selected by our editorial team, independent of our parent company. Some of our stories include affiliate links. If you buy something through one of these links, we may earn an affiliate commission.
Share
Tweet
Share