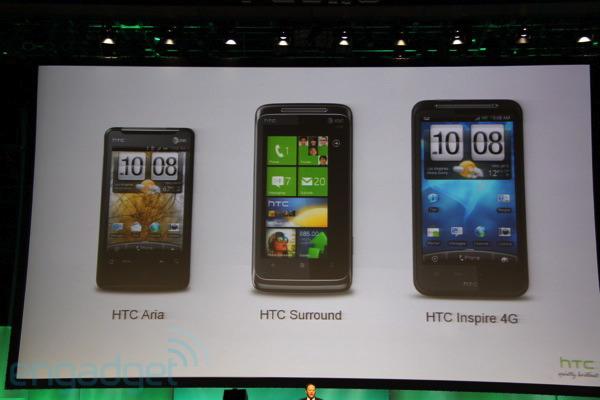 Yet another of the many announcements at today's AT&T Developer Summit, the Inspire 4G is a 4.3-inch monster from HTC that looks ripe to do battle with its counterparts on Sprint and Verizon with the very latest version of Sense first launched on the Desire Z and Desire HD a few months back featuring a lost phone finder, cached maps, fastboot, and more. As with the other "4G" phones that AT&T has announced today, the Inspire 4G doesn't support the carrier's upcoming LTE network -- it'll top out with HSPA+. More details as we have them! 6
In this article: android, att, breaking news, BreakingNews, cell phone, CellPhone, ces, ces 2011, ces2011, google, htc, inspire 4g, Inspire4g, sense, sense ui, SenseUi, smart phone, smartphone
All products recommended by Engadget are selected by our editorial team, independent of our parent company. Some of our stories include affiliate links. If you buy something through one of these links, we may earn an affiliate commission.
Share
Tweet
Share