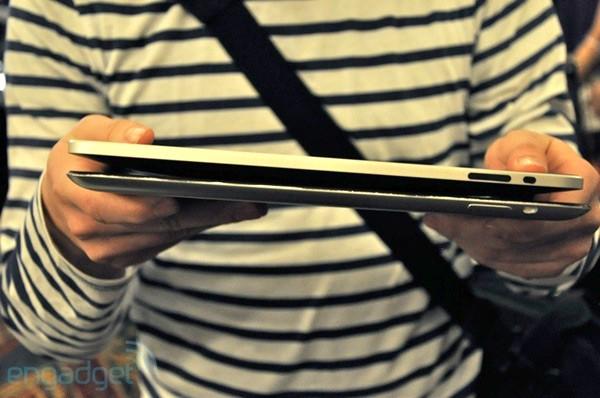 We've been hearing a ton of rumors about what direction Apple's next set of products will take and when they'll be available -- but now we've got some concrete information from reliable sources which should make the path a little clearer. And that includes info on the next iPad, the iPhone 5, the second iteration of the new Apple TV, and a big change coming for all of the company's mobile products. Want to know the scoop? Read along after the break to get the goods.

Right now, everyone is obviously buzzing about the Verizon iPhone 4. What people aren't talking about (yet) is the fact the device will be using a Qualcomm chipset for its CDMA radio (with no GSM capabilities) as opposed to the Infineon versions seen in the GSM iPhone 4. This isn't much of a surprise by itself, but it paves the way for a major shift from Apple. But first, a little bit of a timeline.

Just before the Verizon iPhone 4 launch, we'd heard from multiple sources -- sources like the ones which gave us all that extremely accurate Apple TV info last time around -- that the iPad 2 isn't nearly as close to launch as some have speculated. Apparently, those case and hardware mockups we've seen are rather early versions, which means we're still months out from a proper introduction. It seems likely that the device will land around April (perfectly timed with the 12-month product cycle Apple enjoys). And what about that device? From what we've been told, the thinner, sleeker tablet will sport a new screen technology that is akin to (though not the same as) the iPhone 4's Retina Display and will be "super high resolution" (unlike reports to the contrary). The device will remain at 10 inches but will now feature both front and rear cameras (not a huge surprise), and... there's an SD slot. That's right -- our sources say with near certainty that the device will have a dedicated SD slot built in (with no traditional USB slot). In fact, see that weird notch in the photo below? That's where the SD part will be located. What's most interesting, however, is what's happening under the hood.

The new iPad will feature a dual GSM / CDMA chipset produced by Qualcomm and will mark Apple's shift away from Infineon as its chipset maker to Qualcomm for all of its mobile devices. It's not clear if the chipset being used will be based on the company's EV-DO / HSPA Gobi variety or an entirely new design. Presumably, the strength of the new dual-mode chipset is that it will allow both Verizon and AT&T to offer the iPad simultaneously.

But all of these moves are leading up to the iPhone 5 -- a completely redesigned handset -- which our sources say is on track for a summer launch. Right now, the device is being tested discreetly by senior staff at Apple (strictly on campus only). We don't have much info on the phone at this point, but our understanding is that the new device will be a total rethink from a design standpoint and will be running atop Apple's new A5 CPU (a Cortex A9-based, multi-core chip). This device, like the iPad 2, will feature a Qualcomm chipset that does triple duty as the CDMA / GSM / UMTS baseband processor -- from what we hear there's no LTE in the mix at this point.

One other interesting tidbit: Apple is at work on the second generation of its redesigned Apple TV, which will include that new A5 processor. The CPU is said to be blazingly fast, cranking out 1080p video "like running water." It's likely that the A5 will make it into the iPad 2 as well, but we have yet to confirm that.

So what does this all mean? Besides the surprise of an SD slot on the iPad, it all sounds fairly routine. It's the complete move away from Infineon to Qualcomm that's truly notable -- marking one of the biggest shifts in suppliers and technology since the advent of the original iPhone. We're working on getting more detail on all of these devices, and as soon as we do, you guys will be the first to know!
In this article: a5, a5 cpu, a5 processor, A5Cpu, A5Processor, apple, apple ipad, apple ipad 2, apple iPhone, apple iPhone 5, Apple TV, AppleIpad, AppleIpad2, AppleIphone, AppleIphone5, AppleTv, exclusive, future, ipad, ipad 2, Ipad2, iPhone, iPhone 5, Iphone5, plans, qualcomm, roadmap, rumor, speculation
All products recommended by Engadget are selected by our editorial team, independent of our parent company. Some of our stories include affiliate links. If you buy something through one of these links, we may earn an affiliate commission.
Share
Tweet
Share