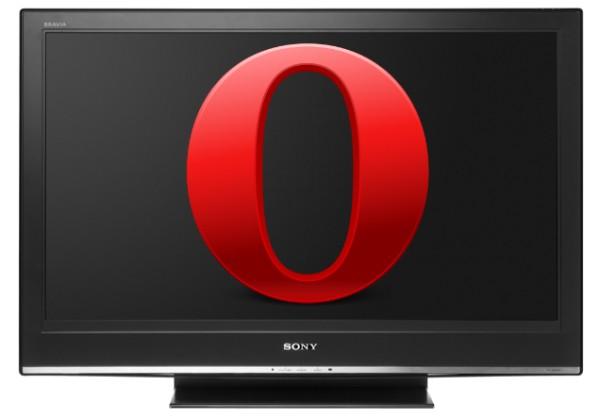 Opera has officially announced its much-loved web browser will be appearing on Sony TVs and Blu-ray players. There's no specific details, but it given its low-key presence at CES a few weeks ago (Sony Insider grabbed a video of it in action on the show floor -- embedded after the break -- unfortunately hampered by slow connection speeds) it will spread at least across the company's 22 new connected HDTVs. Since the browser is based off of the Opera devices SDK backbone, it's also not a stretch to imagine that Opera-enabled web applications, widgets, or other content using standards like HTML5 (no Flash, at least not yet) could piggy back onto Sony gear at some point. The real elephant in the room though is how this move relates to the Japanese tech giant's Internet TV initiative that's powered by Google TV. While we can't imagine it signals Mountain View's solution is destined for a dumping, between this and a similar move by Samsung including a browser in its own Smart TV platform, a little bit of jealousy could be just the kick Google needs to fix some glaring issues -- which we're all for, especially if it spawns a new round of potato based cajoling.

Previously, consumers were required to have multiple devices to surf the Internet while watching television. As more connected home electronics devices arrive in living rooms, Internet use is changing. The Internet is becoming more closely connected with people's everyday life, such as the ability to enjoy video on-demand services on television, exchange opinions with friends through social networks about the program they are watching, and buy online directly from their televisions the items seen on TV dramas.

"The Web as we know it is evolving, and we are committed to making it more accessible across diverse devices," said Christen Krogh, Chief Development Officer, Opera Software. "Our ability to address key hybrid broadcast-broadband initiatives in numerous markets makes us a natural fit with Sony. By delivering both a global viewpoint and the necessary technology, we are able to stay on the cutting edge of the industry."
About Opera Software ASA

Opera Software ASA has redefined web browsing for PCs, mobile phones and other networked devices. Opera's cross-platform web-browser technology is renowned for its performance, standards compliance and small size, while giving users a faster, safer and more dynamic online experience. Opera Software is headquartered in Oslo, Norway, with offices around the world. The company is listed on the Oslo Stock Exchange under the ticker symbol OPERA. Learn more about Opera at http://www.opera.com/.