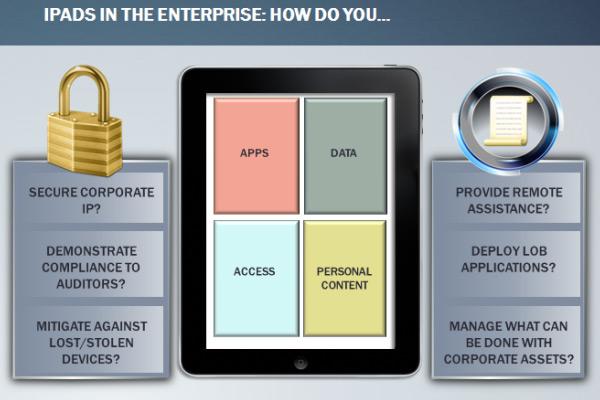 If we were running Microsoft, we'd stop trying to pigeonhole the iPad and focus instead on reversing Apple's domination of the burgeoning tablet market. Alas, for better or worse, we're not the ones in charge, so all we can do is cringe at the news that Microsoft has put together a marketing campaign for its reseller partners that highlights the iPad's enterprise shortcomings. Yes, the device that was patently designed for consumer-centric accessibility is being tarred with the damning brush of being unfriendly to business. The thing is, business customers are indeed deploying iPads in their workplaces, but we're pretty sure none of them are throwing out the ThinkPads in the process, which kinda makes Microsoft's furrowed brows and highfalutin concerns -- such as the lack of enterprise OS patch management tools -- seem, well, disconnected from reality. Still, we know trash talk when we see it and there's a whole ten slides of the stuff at the source link below.
In this article: apple, business, competition, competitor, enterprise, ipad, leak, marketing, mary jo foley, MaryJoFoley, microsoft, presentation, slate, slides, tablet, trash talk, TrashTalk
All products recommended by Engadget are selected by our editorial team, independent of our parent company. Some of our stories include affiliate links. If you buy something through one of these links, we may earn an affiliate commission.
Share
Tweet
Share