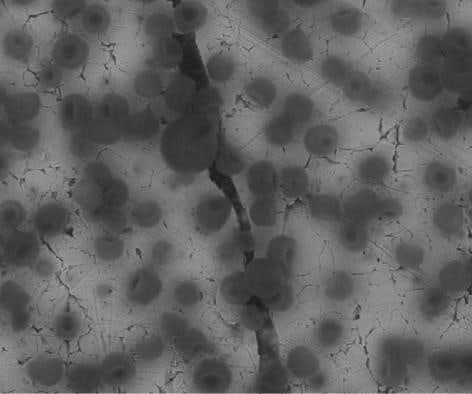 Your average hydrogen-powered car is a marvel of modern science -- fuel cell sifting electrons out of pure H2 and emitting nothing but water -- powered by big, heavy, high-pressure tanks of gas. Cella Energy is here to ditch the tank, having first developed a means of storing hydrogen in microfibers that could greatly simplify the design of these vehicles. But, perhaps even more impressive is a "synthetic fuel" the company is working on which is, essentially, pure hydrogen captured into microbeads. You know, like the kind that float in your shampoo and give your hair that extra lustre, but explosive. According to Cella these beads can be poured into the gas tank of a car with an internal combustion engine (presumably suspended in some sort of liquid) and, with no modification, that car will run just fine. Best news is that this concoction costs just $1.50 per gallon -- or will, eventually. Supposedly. Maybe?
In this article: cella, cella energy, CellaEnergy, fcev, hydrogen, hydrogen fuel cell, hydrogen power, HydrogenFuelCell, HydrogenPower, microbeads, synthetic fuel, SyntheticFuel
All products recommended by Engadget are selected by our editorial team, independent of our parent company. Some of our stories include affiliate links. If you buy something through one of these links, we may earn an affiliate commission.
Share
Tweet
Share