Snapchat's new ad formats are designed to keep you watching

Snapchat's AR Lenses are the newest tool for ads

Panasonic announces Lumix GF2 pricing and availability, plenty of other models too 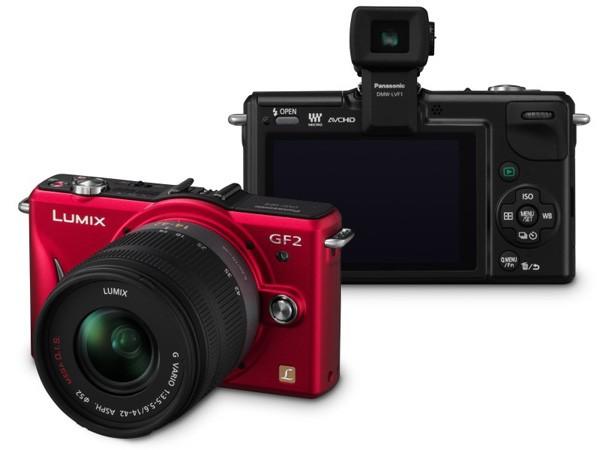 Today is the day that budget-minded Panasonic lovers have been waiting for, when the company finally announces what it's going to charge domestically for the Lumix GF2 and a suite of other models it's announced in the past months. The Micro Four Thirds interchangeable lens GF2 will ship this month for an MSRP of $499.95, body alone. If you want the new 14 - 42mm GF2K lens you'll be looking at $599.95, the 14mm prime GF2C lens will cost $699.95, while the 12.5mm/F12 Lumix G, which captures pictures in 3D, is a relative bargain at $259.95. Pansonic also unleashed a flurry of MSRPs for other Lumix compact models unveiled at CES, with the FP5 and FP7 costing $200 and $230 respectively, the FH2 and FH5 priced at $140 and $150. More details and numbers in the pair of PR after the break.

SECAUCUS, N.J., Feb. 1, 2011 /PRNewswire/ -- Panasonic today announces pricing for the LUMIX GF2 – the latest addition to the company's compact system camera (CSC) lineup. The LUMIX DMC-GF2 will be available in mid-February 2011 and will come in black, silver, red, and white models. The LUMIX GF2 (body-only) will have a suggested retail price (SRP) of $499.95.

The Panasonic LUMIX DMC-GF2 is Panasonic's smallest and lightest interchangeable lens system camera – complete with a built-in flash. The LUMIX GF2 is compatible with lenses from the Micro Four Thirds standard, meaning the system is small and compact, while not compromising ease of operation or image quality. The LUMIX GF2 is also compatible with Panasonic's new 3D interchangeable lens, the LUMIX G 12.5mm / F12, so users can take their own 3D photos anywhere.

For more information on the Panasonic LUMIX GF2 and all its accessories, please visit: www.panasonic.com/lumix.

Panasonic's ultra-slim LUMIX and fashionable FP-Series will have a suggested retail price (SRP) of $229.99 for the LUMIX FP7 and $199.99 for the LUMIX FP5. Both models maintain their slim profiles by incorporating an ultra-thin 4x optical zoom lens with folded optics. The LUMIX FP7 features a new 3.5-inch 16:9 touch-screen LCD.

In this article: 3d lens, 3dLens, digital camera, DigitalCamera, fh2, fh5, FP5, FP7, g, gf2, gf2c, gf2k, interchangeable lens, InterchangeableLens, lumix, lumix g, LumixG, micro four thirds, MicroFourThirds, panasonic
All products recommended by Engadget are selected by our editorial team, independent of our parent company. Some of our stories include affiliate links. If you buy something through one of these links, we may earn an affiliate commission.
Share
Tweet
Share