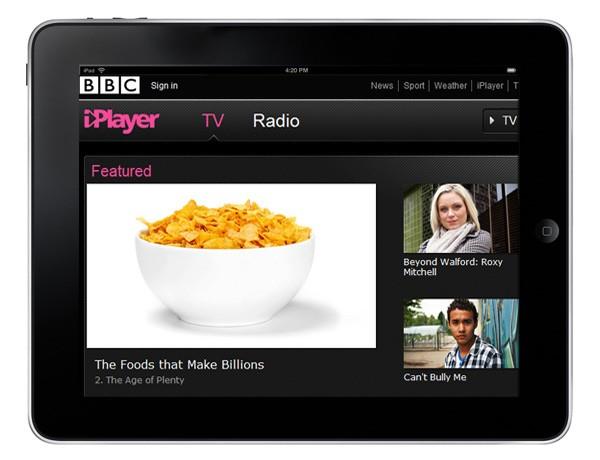 A BBC Interactive Operations Engineer has British hearts all aflutter tonight with a tweet announcing that the iPlayer app for the iPad is ready to roll out this Thursday, February 10th. It's specific to the tablet for now, so no iPhone, and will only debut in the UK, so no BBC America for you just yet, though this is the first step toward making that cozy dream a reality. Taking the BBC TV catchup service into international waters will be done on the basis of a paid subscription model, which should dissuade all the TV License payers in the UK from revolting, but do bear in mind that this upcoming tablet app will only allow content streaming over WiFi. You'll be able to browse the iPlayer over 3G, we're told, but will need to hook up to some roomier wireless pipes to sip the sweet nectar of BBC Entertainment on your iPad (in app form, browser-based options are a whole other matter). Stay tuned for the fully detailed announcement in a couple of days.
In this article: app, application, bbc, bbc iplayer, BbcIplayer, content, ipad, iplayer, iplayer app, IplayerApp, stream, streaming, uk, united kingdom, UnitedKingdom, video on demand, VideoOnDemand, vod
All products recommended by Engadget are selected by our editorial team, independent of our parent company. Some of our stories include affiliate links. If you buy something through one of these links, we may earn an affiliate commission.
Share
Tweet
Share