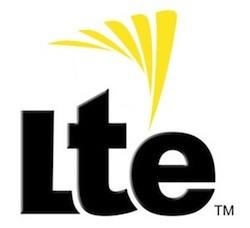 Sprint has had an on again / off again relationship with LTE for some time now, but it looks it may finally be nearing a commitment one way or the other. Speaking in a roundtable discussion at Mobile World Congress this week, Sprint's Senior Vice President of Networks, Bob Azzi, said that the carrier would be studying the rate at which its customers migrate from EV-DO to mobile WiMAX over the next four to six months, and that it would evaluate the best way to use its existing spectrum before it reaches a firm decision on a possible switch to LTE. As we've heard previously, that switch would be a fairly straightforward one from a technical standpoint due to the carrier's recent upgrades to its network, which allow it to upgrade its gear to LTE simply by swapping in a new baseband card and issuing a software patch.

In this article: 4g, Bob Azzi, BobAzzi, lte, mobile wimax, MobileWimax, mwc, mwc 2011, Mwc2011, sprint, wimax
All products recommended by Engadget are selected by our editorial team, independent of our parent company. Some of our stories include affiliate links. If you buy something through one of these links, we may earn an affiliate commission.
Share
Tweet
Share