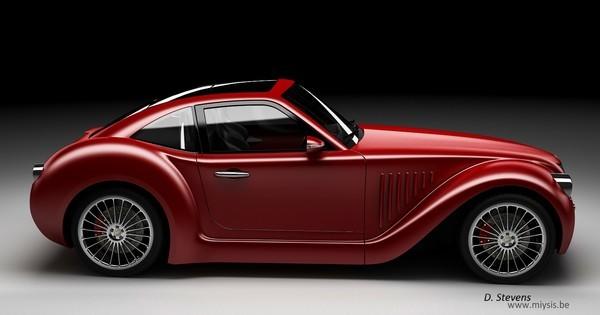 If you're tired of hybrids like the Prius or Volt, cars that could easily get lost in a Hertz parking lot, check out the GP. It's the first and only product from resurrected Belgian auto maker Imperia, which previously operated in the early 20th century, but other than the pronounced front grille offers little resemblance to its forbears either above or below that pronounced bonnet. It has an inline four cylinder turbo engine offering 212hp that's paired with a 134hp electric engine, itself backed by a Li-polymer battery pack. It'll do about 45 miles on batteries alone but, more importantly, will roll the 0 - 60mph sprint in under four seconds. Or, at least, it will if it ever hits production. A concept of the car was unveiled at the Brussels Auto Show, but it's anyone's guess when it might actually hit the road for reals. 15
In this article: Belgium, Concept, Gp, Hybrid, Imperia, Imperia Gp, ImperiaGp, Phev, Plug-in, Plug-in Hybrid, Plug-inHybrid, Series Hybrid, SeriesHybrid
All products recommended by Engadget are selected by our editorial team, independent of our parent company. Some of our stories include affiliate links. If you buy something through one of these links, we may earn an affiliate commission.
Share
Tweet
Share