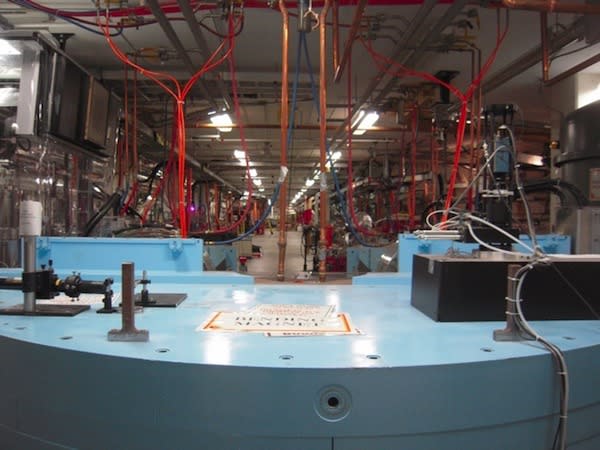 The US Navy's free-electron laser has broken a few records already, but it's just plowed through another fairly big one -- one that its creators say could put it on the fast track to actually being used to shoot down missiles. That particular record involved running the system for eight hours at 500 kilovolts, which is a level they've been trying to achieve for the past six years and, according to the researchers, "definitely shortens" the time frame for getting to their ultimate goal of 100 kilowatts. What's more, while this particular test didn't actually involve blowing anything up, the Navy seems confident that the laser will eventually be able to do just that, as it's just recently awarded Boeing a $163 million contract to package the laser in a weapons system that would be deployed on ships and be able to detect, track, and destroy missiles (or presumably anything else ). According the Office of Naval Research, the Navy hopes to meet that goal by 2015.

[Image: Wired / Danger Room]
In this article: boeing, death ray, DeathRay, free electron laser, free-electron laser, Free-electronLaser, FreeElectronLaser, jefferson labs, JeffersonLabs, laser, laser weapon, lasers, LaserWeapon, navy, us navy, UsNavy, wargadget, weapon
All products recommended by Engadget are selected by our editorial team, independent of our parent company. Some of our stories include affiliate links. If you buy something through one of these links, we may earn an affiliate commission.
Share
Tweet
Share