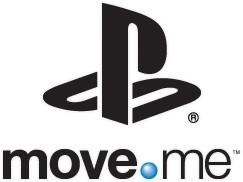 The PlayStation Move may not have proven to be as instantly hackable as Microsoft's Kinect, but it looks like Sony is now trying to change that -- it's just announced its new Move.me server application that promises to let researchers, hobbyists and others use the Move as a controller for a PC, with the PlayStation 3 handling all the work in between. It will be available for download from the PlayStation Network this spring, although you can also try your luck with Sony's early-product seeding program if you'd like to get it sooner -- no PS3 SDK or licensing agreement is required. In other PlayStation news, Sony's also confirmed that it's now working on version 1.5 of PlayStation Home, which promises to add real-time multiplayer gaming functionality to the virtual world, along with improved physics and refined graphics. Details on it are otherwise still fairly light, but it's also slated for a public release sometime this spring. Head on past the break for the official word on both announcements from Sony.

SAN FRANCISCO, March 2, 2011 /PRNewswire/ -- Today at the 2011 Game Developers Conference, Sony Computer Entertainment America LLC (SCEA) unveiled Move.Me™ – a software application that academics, researchers, students, and hobbyists can use to create new types of software applications using the PlayStation®Move motion controller as an input device on their own PCs, all via the PlayStation®3 (PS3™) system.

Launched in fall 2010, PlayStation Move delivers the most precise and intuitive motion control gaming experience on PS3 with the PlayStation Move motion controller, which features internal motion sensors and utilizes additional tracking from the PlayStation®Eye camera. With the Move.Me application, the high-quality, high-level tracking data that PS3 game developers use can be exported to the PC, providing a powerful tool for creating innovative applications.

The Move.Me project could help medical researchers prototype, for example, rehabilitation applications for patients undergoing physical therapy. The Move.Me application could also lead game design students to develop new creative concepts for gaming within the areas of 3D modeling, motion capture, and augmented reality. The application is compatible with any Windows or Linux-based PC; other devices, such as tablets and smartphones, can also receive PlayStation Move's tracking data if they can connect to a PS3 system.

"PlayStation Move's camera-plus-controller combination allows for the most precise and immersive gaming experiences," said John McCutchan, senior engineer, SCEA Developer Support. "Now we're formally taking that advanced technology, which was almost ten years in the making, and offering it to innovators outside of our traditional game development community so they can create their own applications to impact the world in exciting new ways."

The Move.Me application will be available for download from PlayStation®Network this spring. As part of an early product seeding program in the United States, a handful of prestigious researchers and professionals in the medical, academic and human-computer interaction fields have already expressed interest in creating innovative applications that leverage the unique motion-sensing technology offered by PlayStation Move.

SCEA will support the Move.Me application with sample code, user documentation and corporate material from SCE Research and Development. The Move.Me application will not require the PS3 system SDK or a licensing agreement, which opens the door for wide-spread idea generation and prototyping. Additional details are available at: http://www.us.playstation.com/move-me.

"PlayStation", and "PSP" are registered trademarks and "PS3", is a trademark of Sony Computer Entertainment Inc.

March 1, 2011 – Sony Computer Entertainment America LLC (SCEA) today announced the development of PlayStation®Home's core client version 1.5, scheduled for public release this spring. The update to version 1.5 will introduce a suite of new technology for developers to create even more sophisticated and realistic gaming experiences within PlayStation Home with real-time multiplayer, an improved physics engine and refined animations and graphics. The new functionality of version 1.5 is being demonstrated for development teams at the PlayStation Home booth this week at Game Developers Conference in San Francisco, CA.

Available exclusively on PlayStation®Network via the PlayStation®3 computer entertainment system, developers will be able to take full advantage of the improved network mechanics to create fast-action multiplayer experiences such as online racing games and first person shooters within PlayStation Home. Also included with the update to version 1.5 is a revamped physics engine, providing developers with augmented control over collision, mass, velocity and other physics elements, for an even greater level of realism and more intricate gameplay experiences. In addition, new technology has been added to increase developer control of animations in a scene or game, including the ability to play multiple animations on a single model, blending between animations and getting details in real-time for in-motion animations. These new developer tools also allow for optimal control of the rendering process, resulting in an increase of graphically rich scenes and an overall improvement to frame-rate in games created with this new technology.

With this update, PlayStation Home further demonstrates its commitment to bring quality game experiences to users by adding several new development tools that will vastly improve the capabilities of the platform. The highly-anticipated sequel to popular PlayStation Home game Sodium One from developer Lockwood Publishing, will take advantage of the updates to version 1.5 in this spring's Sodium Two. The game, scheduled for a spring release in conjunction with the update, will feature fast action multiplayer racing at supersonic speeds, heavily customizable jet racers and a pounding soundtrack.
In this article: gdc, gdc 2011, Gdc2011, home, move, move.me, playstation, playstation 3, playstation home, playstation move, Playstation3, PlaystationHome, PlaystationMove, ps3, sony
All products recommended by Engadget are selected by our editorial team, independent of our parent company. Some of our stories include affiliate links. If you buy something through one of these links, we may earn an affiliate commission.
Share
Tweet
Share