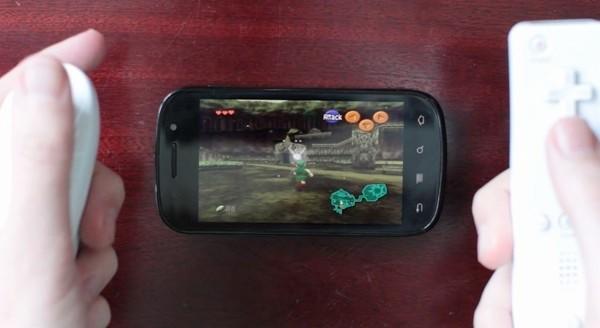 There's not exactly a shortage of video game emulators for Android devices, but there has been one notable, 64-bit exception. That's finally been rectified with the just-released N64oid application, however, which finally brings emulation of Nintendo 64 games to the platform -- and, like the other emulators from developer Yongzh, it's conveniently available right in the Android Market (for $5.99). As you might expect, there are a few glitches and hiccups to be found even on high-end phones like the Nexus S, but it does seem to run remarkably well for an initial release and, as Download Squad points out, you can also use a separate, freely-available app to add some Wiimote controls to the proceedings. Also, it means you can play Goldeneye on your phone. Video after the break.

In this article: android, android emulator, AndroidEmulator, emulator, n64, n64oid, nintendo, nintendo 64, Nintendo64, video, video game, video games, VideoGame, VideoGames, yongzh
All products recommended by Engadget are selected by our editorial team, independent of our parent company. Some of our stories include affiliate links. If you buy something through one of these links, we may earn an affiliate commission.
Share
Tweet
Share