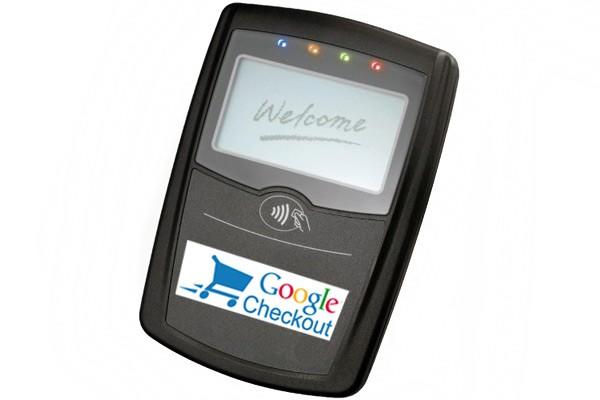 Google does not sell hardware, Eric Schmidt told us as much, but the company has few qualms about buying the stuff up. Bloomberg is reporting, on the authority of a pair of well informed sources, that the Mountain View team is about to buy up "thousands" of VeriFone's NFC payment terminals, with a view to installing them in stores across San Francisco and New York City. Those two technophile cities represent the most receptive audience NFC is likely to get in the US, and Google will be hoping that users there will be able to appreciate the convenience of being able to swipe their Nexus S (or other similarly equipped handset) to complete payments. We already know that Schmidt and co. consider the concept of "mobile money" a priority and there have been rumblings of Google setting up its own payment system, which together make this hookup with VeriFone appear highly credible. Bloomberg expects the trials to commence within the next four months, just in time to make iPhone 5 users green with envy.
In this article: contactless, contactless payments, ContactlessPayments, google, mobile payments, MobilePayments, new york city, NewYorkCity, nfc, nyc, payments, point of sale, PointOfSale, pos, preparation, rumor, san francisco, SanFrancisco, speculation, test, testing, trial, verifone
All products recommended by Engadget are selected by our editorial team, independent of our parent company. Some of our stories include affiliate links. If you buy something through one of these links, we may earn an affiliate commission.
Share
Tweet
Share