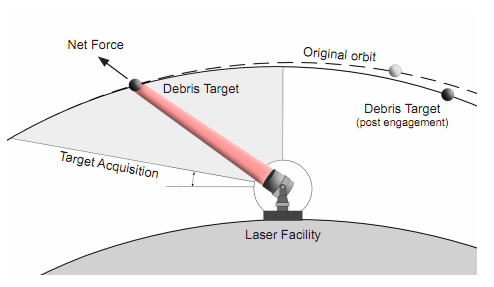 Space junk is a growing problem -- 200,000 pieces and counting -- and as the amount of earth's orbital debris increases, so does the chance some satellite will be involved in a cosmic collision. As this would cause much gnashing of teeth and woe for the affected terrestrial parties, some researchers from NASA's Ames Research Center have pitched the idea of moving said junk with a laser -- once again proving that everything's better with lasers. The idea is to use a 5kW ray, likely similar to the one we've got at the Starfire Optical Range, to slow our galactic garbage -- perhaps slowing it down enough to burn it up in earth's atmosphere. Current estimates say such a laser could migrate ten pieces of junk a day, which gives us the promise of a future with neat and tidy skies.
In this article: laser, lasers, nasa, nasa ames research center, NasaAmesResearchCenter, satellite, satellites, space, space debris, space junk, SpaceDebris, SpaceJunk, starfire
All products recommended by Engadget are selected by our editorial team, independent of our parent company. Some of our stories include affiliate links. If you buy something through one of these links, we may earn an affiliate commission.
Share
Tweet
Share