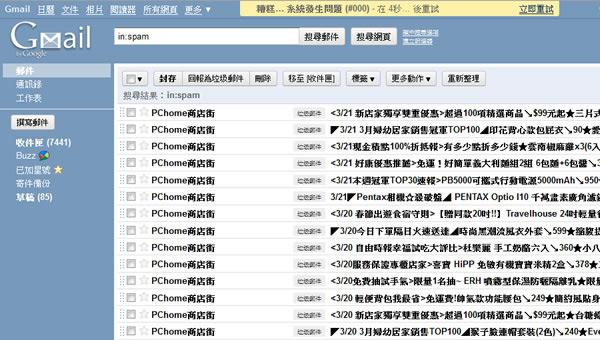 Last week we noted, with a growing sense of disquiet, how China was busying itself with locking out VPN access within its borders and, seemingly, preventing people from using their Gmail accounts. Google has now given a public voice to those concerns, noting that "there is no issue on our side. We have checked extensively. This is a government blockage carefully designed to look like the problem is with Gmail." Other Google tools, like the Person Finder for Japanese tsunami survivors, have also exhibited intermittent issues. China's goal in these attacks is reportedly to stifle online revolutionary chatter inspired by Egypt's successful democratic revolt, though the nation's said to be taking a more clandestine approach than previously by making its alleged sabotage appear like a software problem instead. Guess it's time to prepare ourselves for another battle of wits between these two.
In this article: activism, allegation, allegations, china, conflict, email, firewall, gmail, google, government, great firewall, GreatFirewall, hack, hacking, interference, political, politics, state, tension
All products recommended by Engadget are selected by our editorial team, independent of our parent company. Some of our stories include affiliate links. If you buy something through one of these links, we may earn an affiliate commission.
Share
Tweet
Share