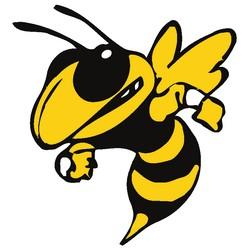 You can benchmark the cycles of your CPU, power of your GPU, speed of your internet connection, and a myriad of other seemingly important things. However, there's one missing benchmark that could make all those seem rather frivolous: the openness of your connection. Google wants one and has just awarded Georgia Tech a $1 million grant over two years (with a possible $500k bonus for a third year) to come up with a benchmark capable of detecting just how neutral your net is. When ready, it'll look for any artificial throttling that's been set in place and will also check for evidence of digital censorship. No word on when an early version might see release, but hopefully it comes before we need to start paying extra for the ability to download non-ISP-approved content.

ATLANTA – March 22, 2010 – What if Internet users could click a button and determine whether their service was being artificially slowed down? Or if the government were censoring their content? In the name of Internet transparency, a team of Georgia Tech researchers will use a $1 million Google Focused Research Award to provide Internet users around the world with just those kinds of tools.

The two-year unrestricted award (with a third-year option for an additional $500,000) will fund a range of activities that together are intended to make Internet access more transparent for the billions of network subscribers around the globe. At the end of the project, the team hopes to provide a suite of web-based, Internet-scale measurement tools that any user around the world could access for free. With the help of these tools, users could determine whether their ISPs are providing the kind of service customers are paying for, and whether the data they send and receive over their network connections is being tampered with by governments and/or ISPs.

"Community collaboration is a big part of this project," said Wenke Lee, Professor in the School of Computer Science and a principal investigator on the grant. "Ultimately we hope this project will help create a 'transparency ecosystem,' where more and more users will take advantage of the measurement tools, which in turn will improve the accuracy and comprehensiveness of our analysis.

"For example," Lee continued, "say something happens again like what happened in Egypt recently, when the Internet was essentially shut down. If we have a community of Internet user-participants in that country, we will know instantly when a government or ISP starts to block traffic, tamper with search results, even alter web-based information in order to spread propaganda."

The project, funded under Google's 2-year-old Focused Research program, will analyze Internet access along three main properties: reachability from a variety of access networks; performance of user networks, particularly in comparison to the performance promises made by Internet service providers (ISPs); and integrity of information moving through these networks.

According to Feamster, some 60 nations (including the United States) censor some access to information on the Internet. Moreover, the total number of worldwide users (currently estimated at 1.9 billion) is expected to double within the next decade. Finally, at least 4.5 billion people subscribe to cellular networks, accessing through their mobile devices everything from online banking services to streaming music and video. Both "traditional" Internet connections and cellular-based networks will be covered by the tools the researchers hope to create.

"Regardless of what policies an ISP or government takes on issues like censorship and net neutrality, we believe those policies should be transparent," Feamster said. "In addition to new network measurement and security monitoring algorithms, we want to create and deploy a 'transparency watchdog' system that uses monitoring agents to keep constant tabs of network performance and availability in strategic Internet locations around the world."

In this article: benchmark, georgia tech, GeorgiaTech, google, grant, net neutrality, NetNeutrality, open internet, OpenInternet, transparent internet, TransparentInternet
All products recommended by Engadget are selected by our editorial team, independent of our parent company. Some of our stories include affiliate links. If you buy something through one of these links, we may earn an affiliate commission.
Share
Tweet
Share