NVIDIA is contributing its AI smarts to help fight COVID-19 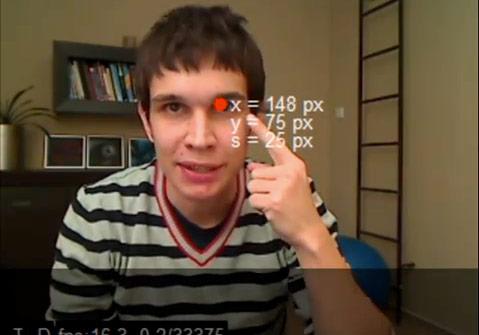 Microsoft's own OneVision Video Recognizer may be novel, but if the folks in Redmond are seriously looking to take things next-level, they should probably cast their gaze across the pond. Zdenek Kalal, a researcher at the University of Surrey, has just created what may be the most sophisticated vision system known to the civilian world. In essence, it takes the mundane task of tracking objects to an entirely new platform, enabling users to select an object on the fly and have the algorithm immediately start tracking something new. Within seconds, it's able to maintain a lock even if your object twists, turns, or leaves / returns. Furthermore, these "objects" could be used as air mice if you force it to track your digits, and if you teach it what your staff looks like, you'll have a fully automated security scanner that can recognize faces and grant / deny access based on its database of white-listed individuals. Frankly, we'd rather you see it for yourself than listen to us extolling its virtues -- vid's after the break, per usual.

In this article: AI, camera, intelligence, intelligent, learning, object tracking, ObjectTracking, predator, real-time, research, smart, smart camera, SmartCamera, software, tracker, tracking, university, video, vision, vision systems, VisionSystems, Zdenek Kalal, ZdenekKalal
All products recommended by Engadget are selected by our editorial team, independent of our parent company. Some of our stories include affiliate links. If you buy something through one of these links, we may earn an affiliate commission.
Share
Tweet
Share