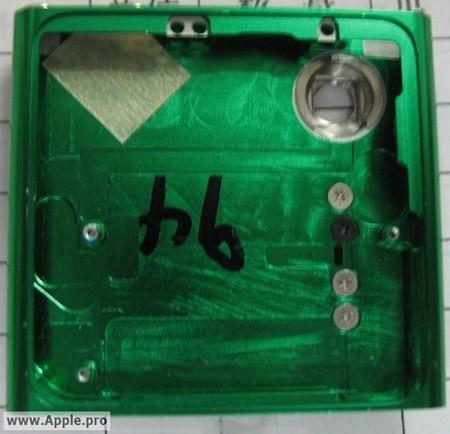 Here's yet another juicy leak from China to go with your breakfast. Delivered by the same folks who brought us the sixth-gen iPod nano display module leak, this time we have what appears to be a chassis for the next touchscreen nano. According to Apple.pro, the circular hole at the top right is likely to house a little camera, which would bring back the good old days with the camera-donning fifth-gen nano. Obviously, to make space for such an imager here, the spring-loaded clip on the back would have to be downsized and shifted, which would explain why the four screws are off-centered here, unlike those on the current-gen nano (as seen in iFixit's teardown shot after the break). That said, let's not forget that this rumor is coming straight out of KIRFdom, so we'll remain skeptical until this baby pops out around September time, as has been the case with most nano launches in the past.

In this article: apple, apple.pro, camera, chassis, china, housing, ipod nano, ipod nano 7g, IpodNano, IpodNano7g, leak, part, rumor
All products recommended by Engadget are selected by our editorial team, independent of our parent company. Some of our stories include affiliate links. If you buy something through one of these links, we may earn an affiliate commission.
Share
Tweet
Share